Staying in the mountains means getting the best out of life and being there always puts a grin on my face. The mountains make me feel calm and at ease, whether I’m hiking, cycling, climbing or mountaineering. I love being surrounded by these natural giants. I respect them; they make me feel grateful and insignificant. My physical and mental power, stamina and drive are tested.

Simultaneously, these characteristics will show you your place, not only now, but for the rest of your life. This always makes me feel a little uncomfortable in summer, a feeling that never vanishes entirely. This summer, that uncomfortable feeling was stronger than ever.

From climbing to biking

When I was at the top of the Grosse Diamantstock, I received a call by the ASAC chairman, a student climbing association of which I was in the board. I decided not to pick up my phone, since I didn’t want to receive any bad news. I had to descend safely first. Most climbers congratulate each other when they’ve reached the top of a mountain, but I can only feel the joy and pride once I’m back down again.

Earlier that day, four ASAC climbers got in trouble during their descend. Two of them fell and tried to break their fall, but the man and woman slid down hundreds of meters together. He was comatose, but she didn’t survive.

Each mountaineer knows there are risks. It’s the ‘dark side of mountaineering’, if you wish. Personally, I don’t think that’s the right name. Taking those risks seriously, makes you more aware of the nature surrounding you and of yourself. You weigh up pros and cons and then decide what to do.

I decided to go home, to the Netherlands.

After the cremation, I didn’t want to climb any more. I was upset. My head was full of thoughts, but I felt so empty inside. Why did I climb mountains? What else satisfied me? What would I want to do now? I decided to challenge myself differently and got myself a bicycle. Got my gran’s seven-speed bike with extra low step through frame and basket on the front. I attached my borrowed saddlebags to the back and left, taking the Green Route to the Mediterranean Sea.

Cycling to the Sea

The first couple of days, I lived my life in my head. I had no diary, hardly took any pictures and I could not be bothered to mark my route on a map. The weather was extremely hot. My desire for a nice shower every night made me choose camping grounds every night, even though I really wanted to go camping unsupervised.

After a week or so, I met two guys: Roel and Jeroen (Fons) from Gent. We had the same cycle map, so we kept ‘cycling’ into each other. I decided to just cycle along with them when I met them for the fourth time. My mood got better and I enjoyed having them around. Then after some time, we said goodbye and they went for the mountains, while I continued to the Mediterranean Sea. The Belgian boys continuously spoke of the Galibier, which would be the high of their trek. I didn’t like climbing mountains on my bicycle, not even with a better bicycle.

I had been on my way for a fortnight, when I reached Valras Plage, some awful touristy place. It was absolutely unclear why I had chosen the Meditarrenean. I put my bike against a wall and took a picture of the sea. The noisy crowd was really getting onto my nerves and I wasn’t happy at all. To hell with that sea!

I went to ‘le syndicat d’initative’ to find out how to get to Gap. That afternoon I got onto a train and joined the Belgian boys again the day after. Back in the mountains… 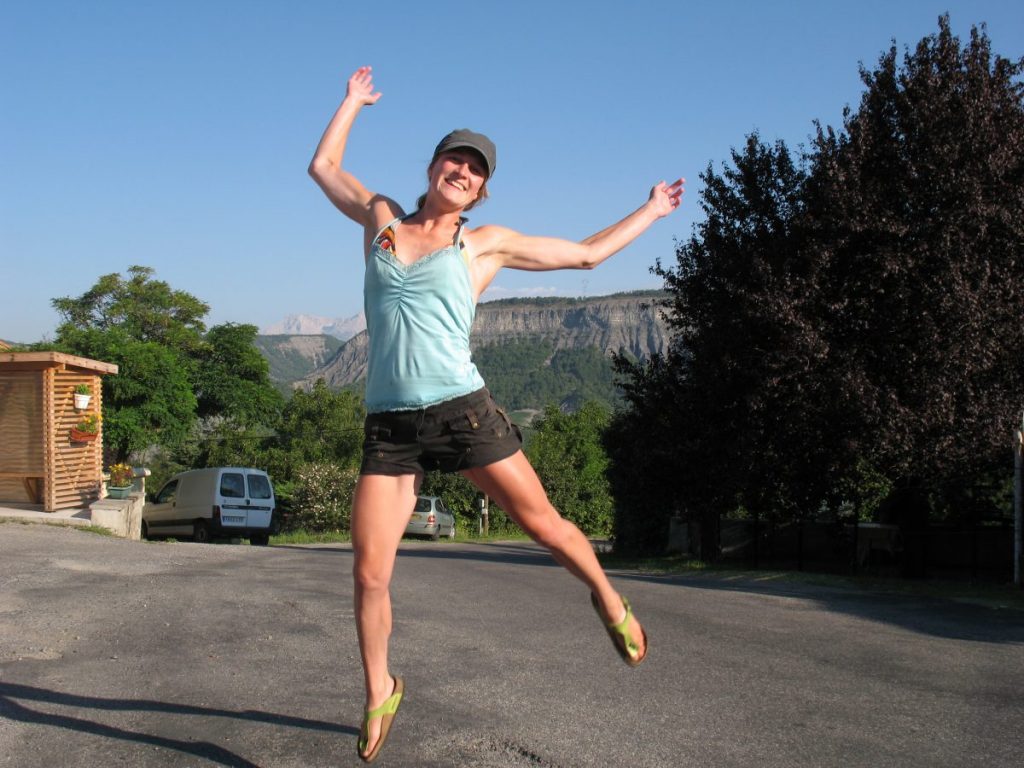 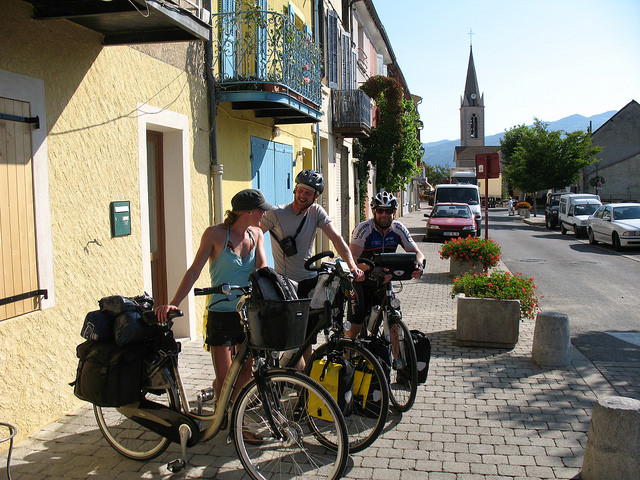