It’s Friday afternoon, I’m waiting for a good friend who’s visiting me in Ljubljana for the weekend. A short break from biking to visit the city and the surroundings. I’m excited, impatient and a bit nervous. This summer holiday has been a strange mixture of biking, hiking, city and road tripping. A combination of solo travelling and unexpected encounters with friends. It requires some dedicated planning, which is quite a challenge for me as a ‘logistics-fearing&avoiding-adventurer’. But when trekking and camping becomes a new routine, it’s good to have a friend in a beautiful dress with a roller case to pull you out that comfort-zone and drag you along in her adventure.

July 2015, 3 days of tripping: on the road, through the mountains and in the city, a mini road trip in Slovenia: Ljubljana – Šoriska Planina – Bled – Triglav 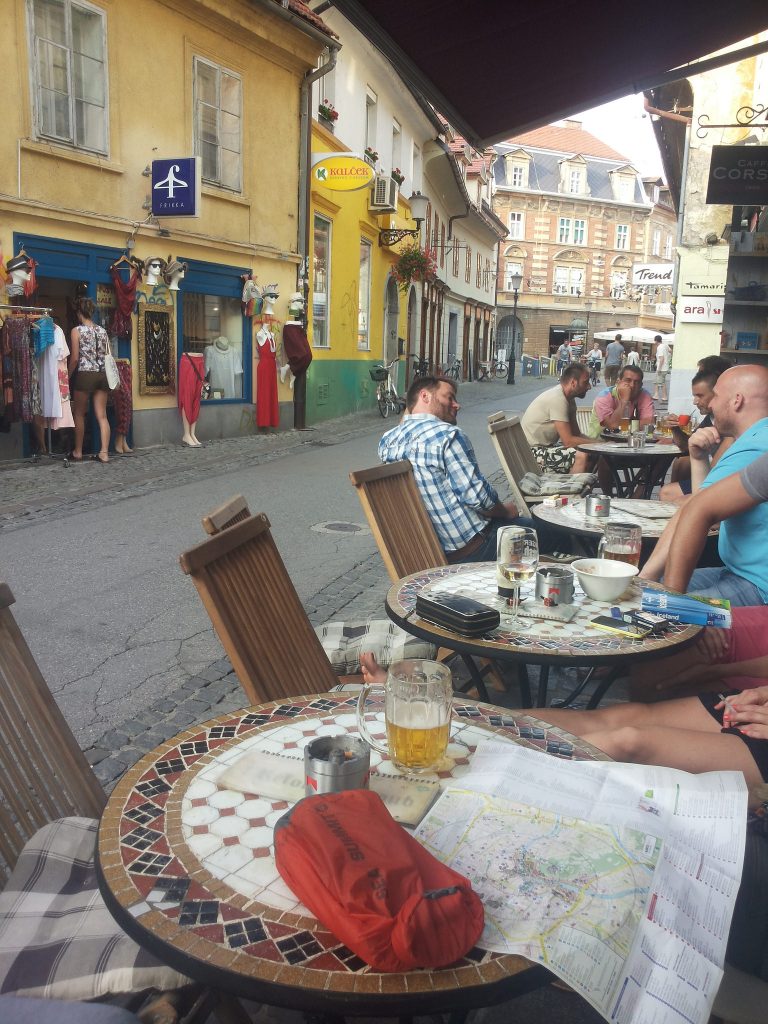 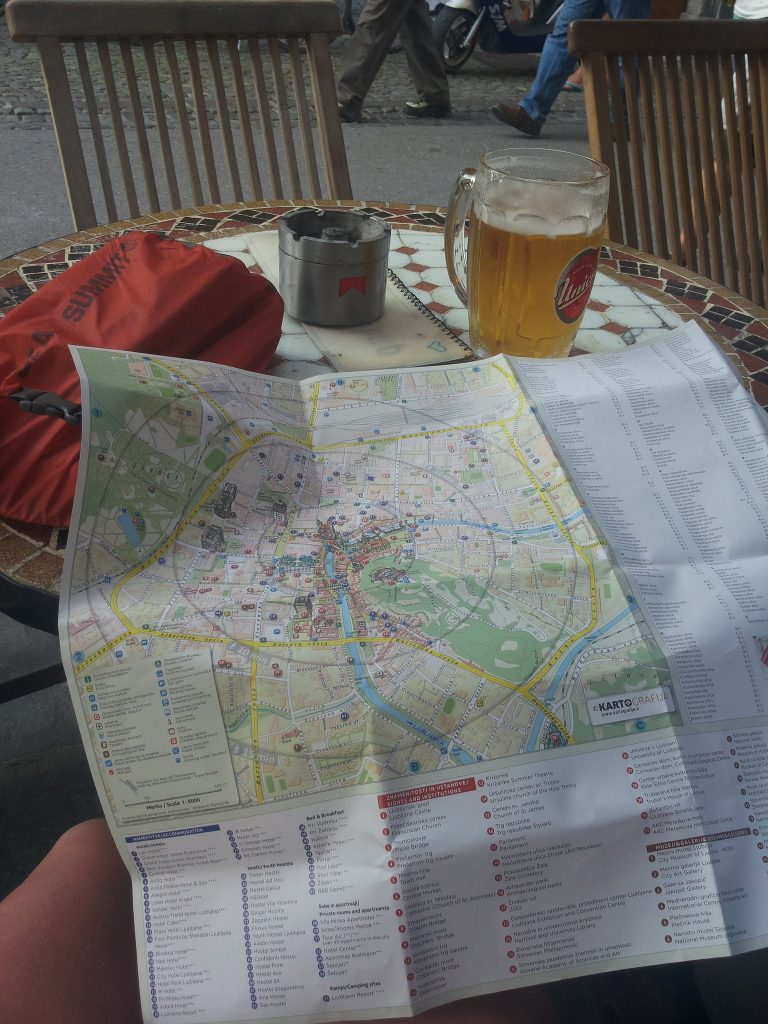 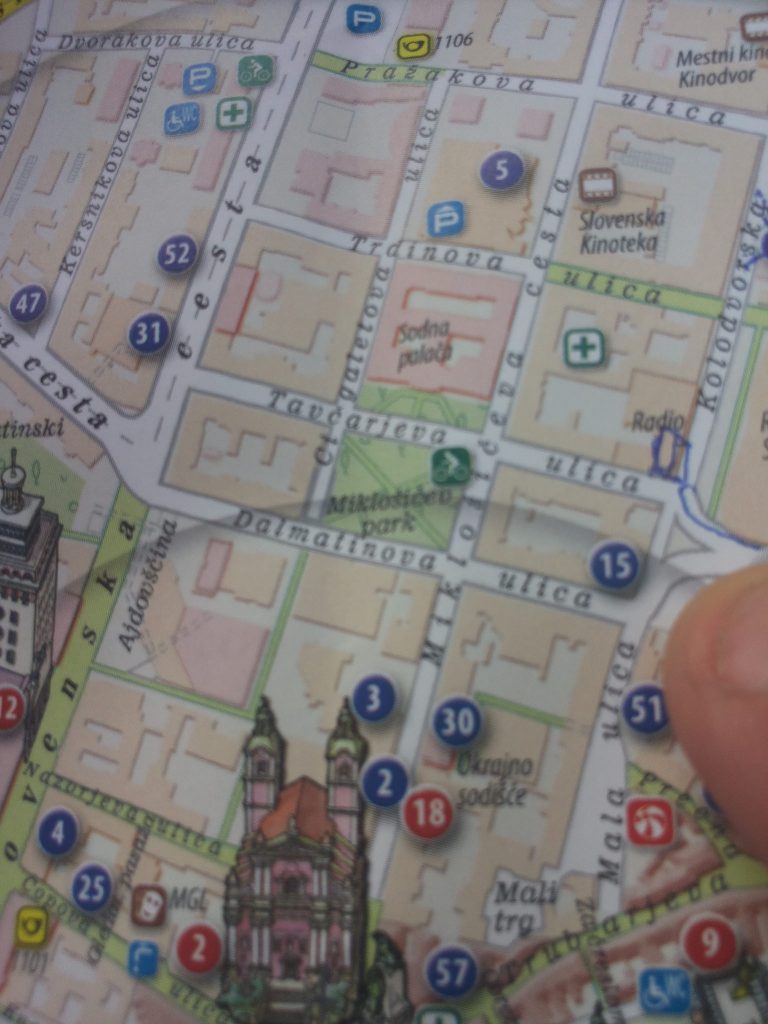 When finally my friend from The Netherlands showed up, it was not only a joyful reunion, but she walked into a typical Eva, the girl on the bike from Amsterdam meets the locals situation. While I was waiting on the terrace, a handsome guy started a conversation about biking in Slovenia. He pointed out the most spectacular route through the mountains south of Ljubljana. Although I was not afraid of a bit of wilderness, this particular area had, besides hills, also a lot of bears. About 500 of them.

Several beers and bear-stories later, these locals invited us to join them on their night out. This is how we witnessed the enervating nightlife of Metelkova, ended up drinking half litre cans of beer and got ourselves soaked to the skin due to a sudden summer thunderstorm. 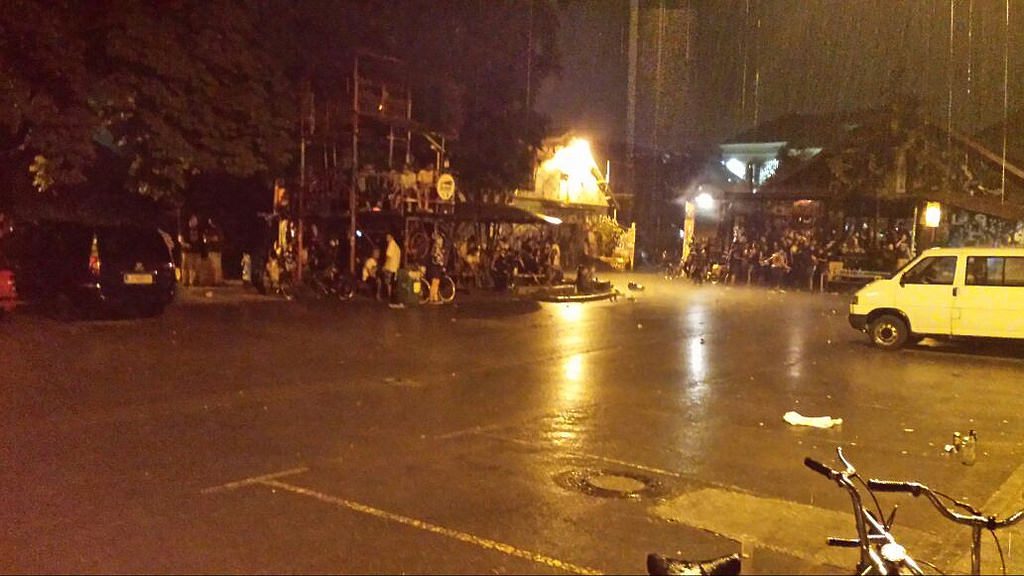 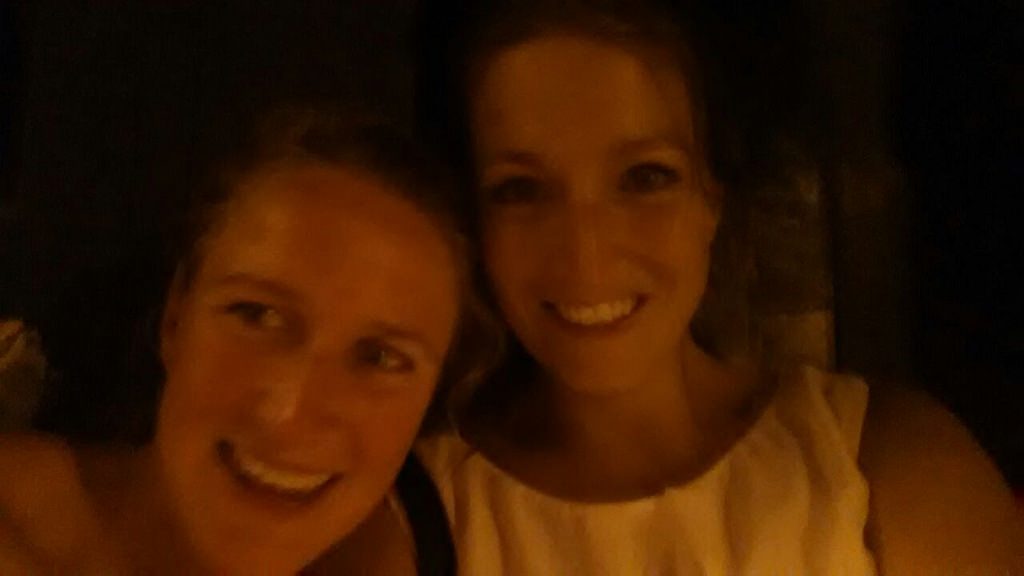 And this was just the beginning. The handsome local guy turned out to be a lawyer looking for an adventure… On my way to Ljubljana, I came across a place called Soriška Planina with the mountain hut Litostrojska koča which announced a music festival.

The only problem was that I was on my bike and my friend was not allowed to bring her car on the plane. The mountain hut was only accessible by car, but there were no rental cars available for that weekend. We decided to do some sightseeing instead. 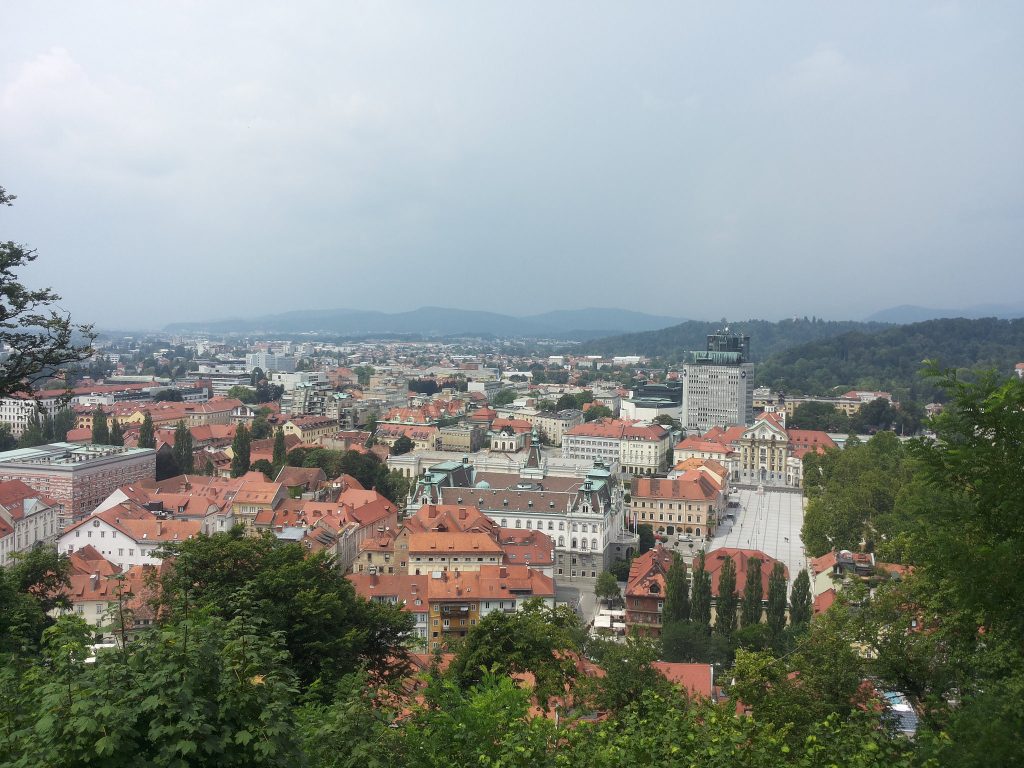 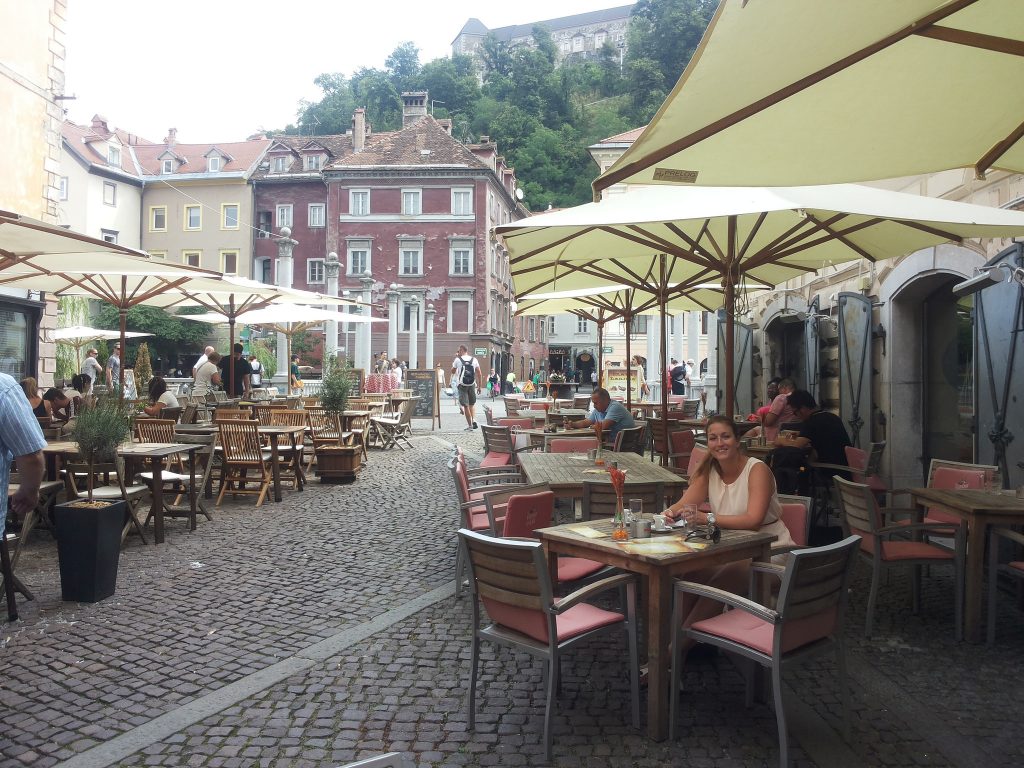 Until we got a message from our lawyer:

The ride is on!

Saturday afternoon our mini Road trip in Slovenia started in Ljubljana. A guy we met 24 hours ago drove the three of us via Škofja Loka through the Sora valley, along the Selška Sora with a short stop in Sorica to visit the Ivan Grohar museum and further up to Soriška Planina.

We skipped the festival since all three of us were fairly tired and already full of the stunning, but bizarre circumstances so far. We ordered a soup and a tea and chatted until the next summer storm caught our attention. The next morning, Sunday, we walked up the hill to see the spectacular view of the Adriatic Sea and Bohinsjko Jezero. 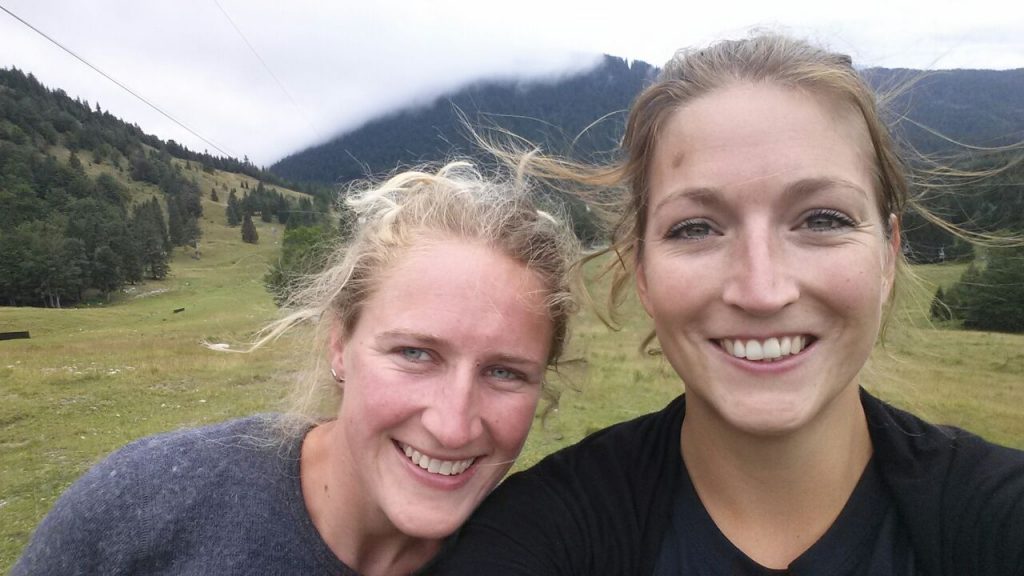 On top of the hill!! 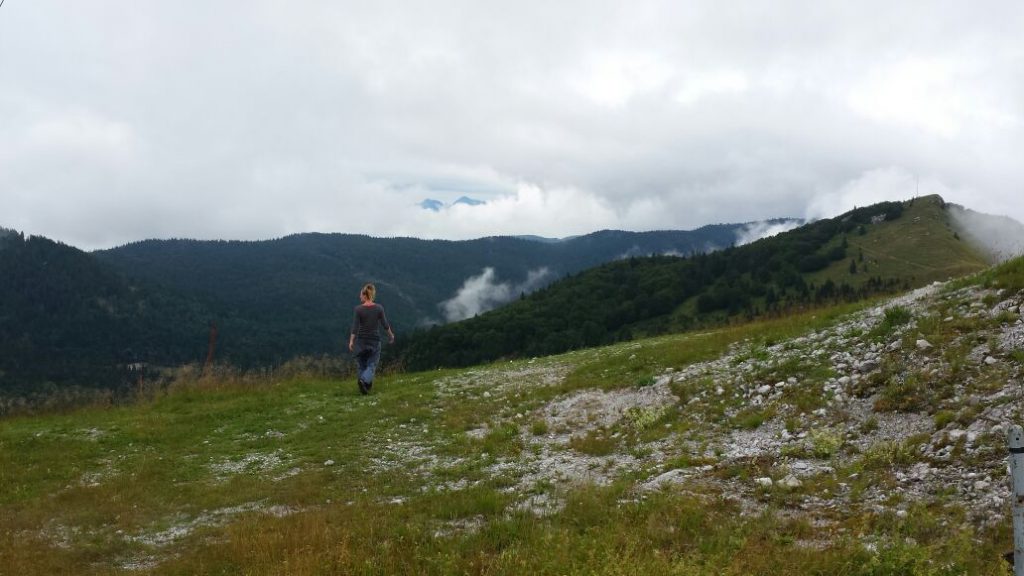 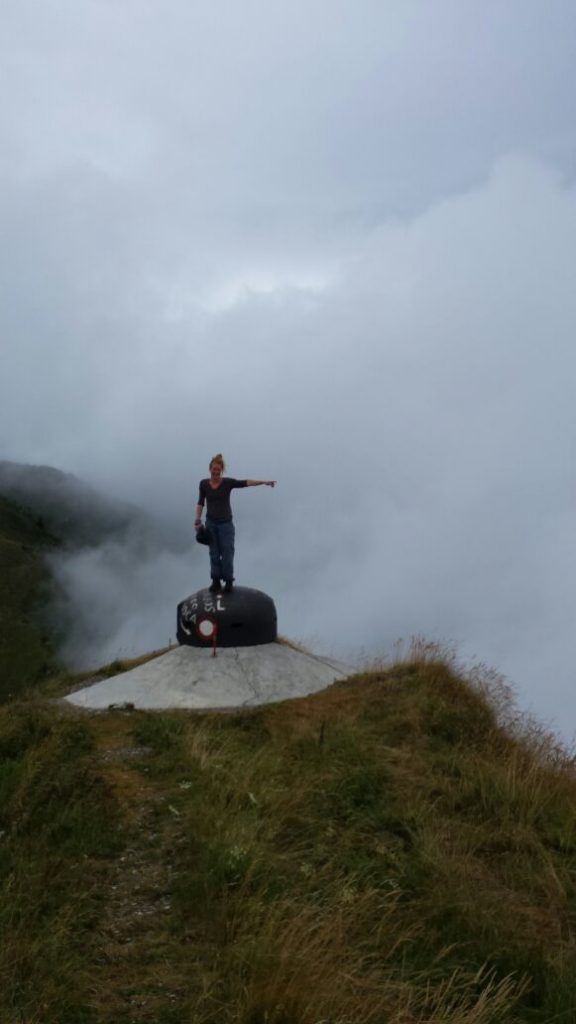 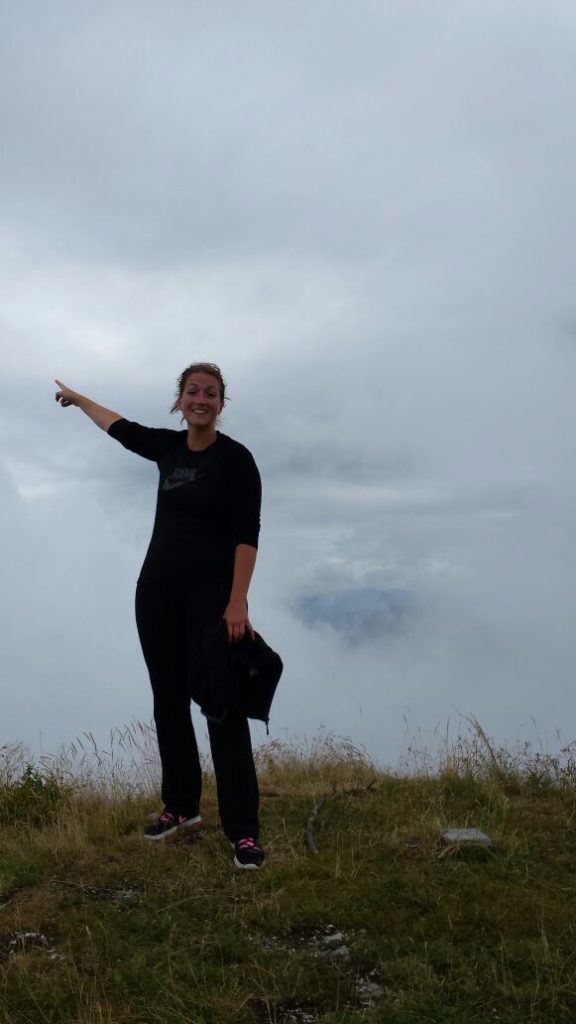 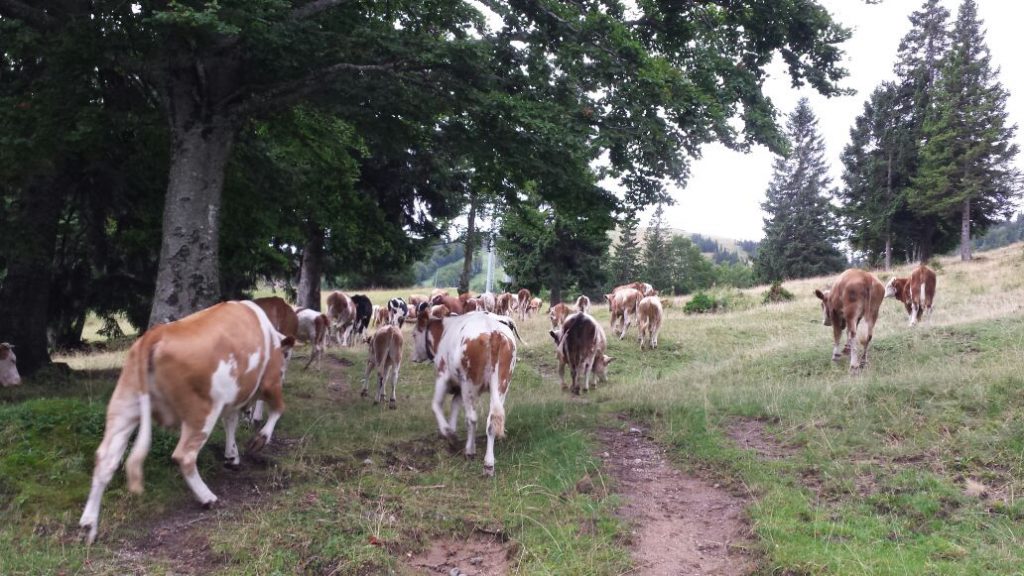 At 11 o’clock sharp we were back in the car to continue our journey to Triglav National Park. Our driver swapped the wheel for his bike and gave us the keys. 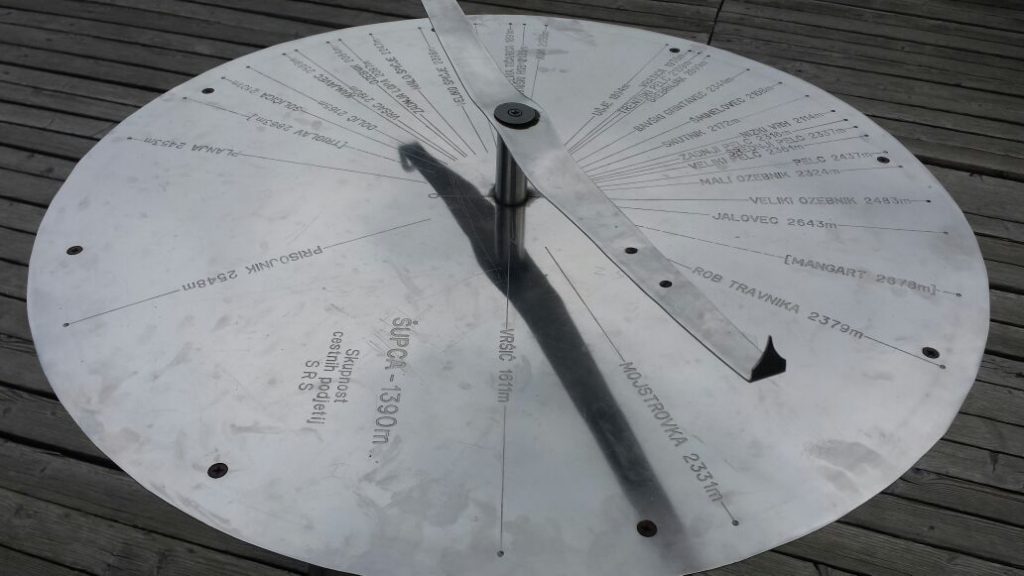 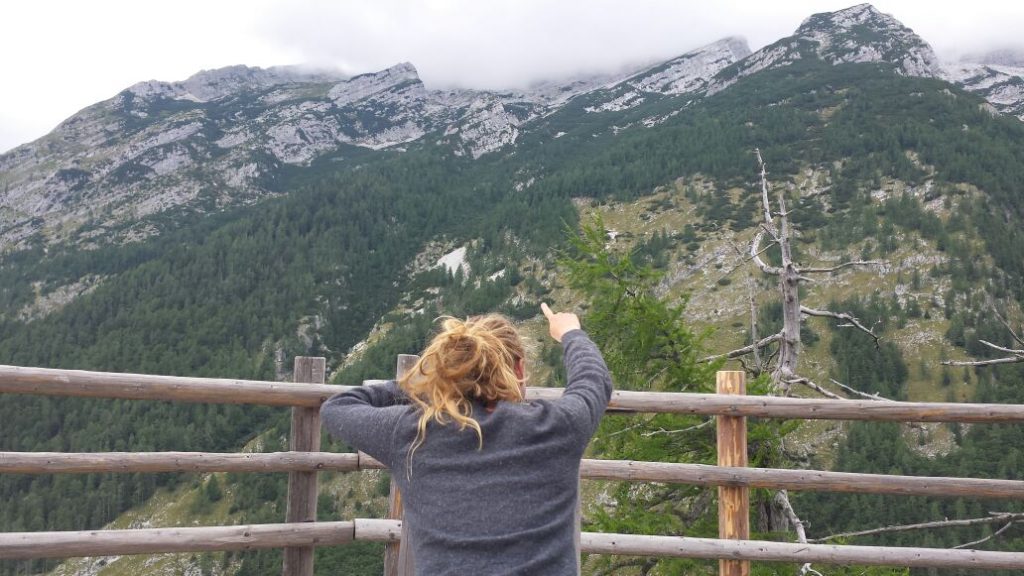 Uhh, that one overthere?

By the end of the day we met the handsome guy/local/lawyer/driver/biker again and gave him a big, big hug to thank him. It was an incredible gesture of trust and generosity to lend us his car. At the same time, it was a great opportunity for him as well to have an unexpected adventure.