Be aware that although the title of this story has the word running in it, it is just as much about my innertrail as it is about running. Trail running is hot, just like the outfits. Saturday the 5th of June a bunch of colourful dressed up runners with high-rise socks gathered at Hotel Bjelašnica for the Vučko Trail. Although in the Alps and even in The Netherlands there are several trail run events every weekend, here in Bosnia and Herzegovina it is still upcoming. This was the second time an Ultra Marathon was held in BiH. Credits for the organization of the event go to mountaineering club Željezničar.

The TRAIL UMOLJANSKE AŽDAHE started a seven o’clock in the morning. The seventeen runners who signed up for this 5oK +2400 m run on Bjelašnica and Visočica mountain seemed quite relaxed when they showed up at the starting point of the race. Although they were competing, there wasn’t much of a competitive vibe going on. Just excitement. For the non-marathon and even non-runners, there was the 15K OLIMPIJSKI TRAIL that started at ten o’clock which you had to complete within six hours. Both groups had to go to the checkpoint on top of Bjelašnica. All in all there were about one hundred runners,  almost the same number of volunteers and a small group of enthusiastic spectators.

I understand that this doesn’t sound like a big event, but believe me, it was. Maybe it was not big in numbers, but it was big because it was happening. The event was mostly promoted on Facebook and spread itself by word of mouth advertising. This is how I found out about the Vučko Trail. A community way of thinking shows in the approach of this event. All together they created an indescribable vibrant atmosphere and a successful beginning for a promising follow up.

I was thrilled to witness and experience this exciting day. It somehow opened my eyes as well. I realized that I look at things from a total different perspective. Not only have I been brought up and raised in a flat country, this country of mine also is extremely well-organized. I know that most Bosnians wish that their country would be a bit more like mine, but because of where I come from, I look at it differently. I can not imagine what it would be like to live in Bosnia and Herzegovina, but the people here can neither imagine what it’s like to live in The Netherlands. You could say that there will always be a gap. Maybe that gap will make it hard to really connect with people on a deeper level. But I think it’s actually a beautiful thing that gives you the opportunity learn about each other and yourself. Exchange and combine the different views of life will be challenging, but also great fun.

I came to the Vučko Trail to help as a volunteer, or I thought did. Although I got to see how things go and run behind the scenes, there wasn’t anything I could help with. At first, it made me feel a bit awkward. Is it appropriate that I’m here? It felt like I forced myself up on a group of friends who did not exactly know what I was doing there or what they had to do with me. Maybe this was just my awkwardness that made me insecure and were these people not thinking anything at all. I was just there and wasn’t bothering anyone with it, so why not?

Of course, I also came along because it was another opportunity to be in the mountains. Instead, I spend the entire day in a hotel looking at them, waiting, writing and chatting. I knew how beautiful it was up there, two weeks before I already hiked through that beautiful mountain landscape. On that day I actually met a guy who was running and scouting spots for the Vučko Trail. So, yes I should have run up as well, or at least walk. I could have enjoyed the spectacular view from Bjelašnica, but instead of worrying about the things I should have or could have done, I decided to enjoy the fact that I was there and witnessed the second Ultra Marathon held in Bosnia and Herzegovina from the hotel balcony. 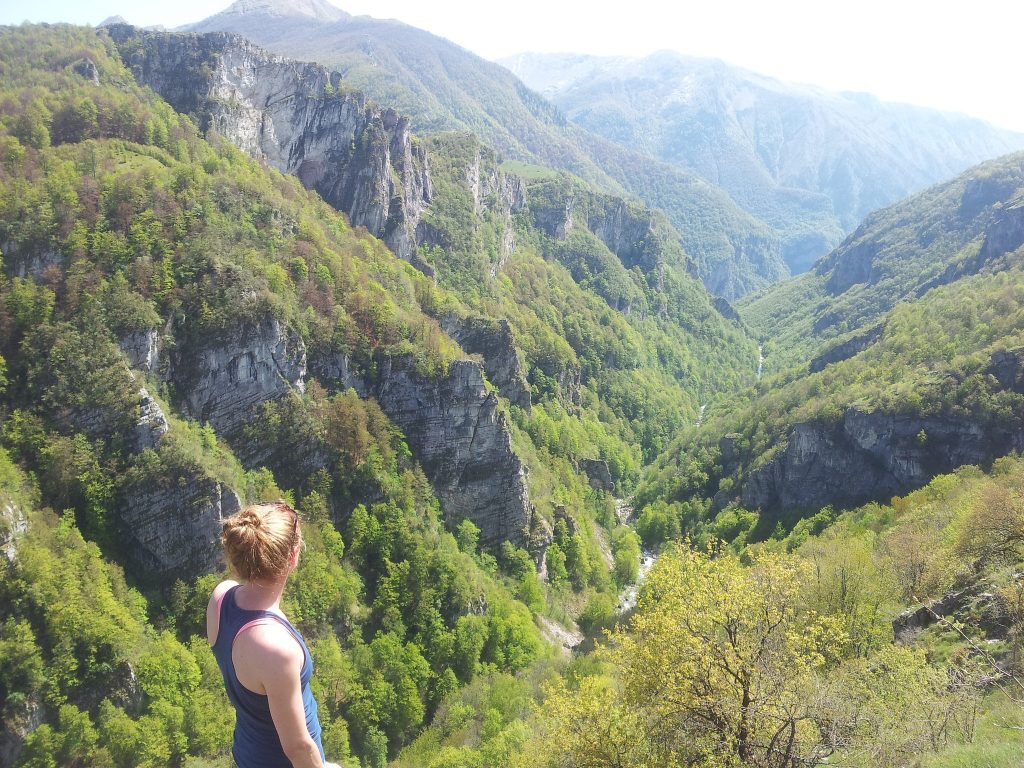 The good thing about spending the day on a balcony was that I could keep up with my diary, I was already days or weeks behind. Which is strange considered the fact that I have plenty of time, but somehow I can’t find time to sit down and write. Of course, I have all sorts of other diaries. And memories. On Instagram I keep a photo diary, I write blogs, share video’s and photo’s on social media and there are of course the Facebook posts.

But these are just the highlights. It’s the moments which you consider worthy enough to share. Moments that might inspire others and show everybody that you’re having a good time. I would also like to tell the story behind these “Instagram-moments”.

When I write in my diary I don’t have to think or worry about what others might think. I can be completely honest and open. This way it’s not only a documentation of the things I’ve done and seen, but also of how I felt at that time. What was going on in my mind. With my blog I sort of do the same, but I have to confess that it is not a completely uncensored version. And there will always be moments, thoughts and feelings you just don’t share on internet.

So, I’m in the middle and I haven’t found the “best” strategy yet. Maybe I never will and maybe that’s the reason I keep saying and telling myself that it’s more about sharing the real thing, than about inspiring people with spectacular stories and amazing photos of places you shouldn’t miss.

I tell myself that it is not important what others think of me or my blog, but then, what’s the whole point of doing it? In the end you want people to like it or like you. Why? Is it about popularity? Is it about the numbers? Sometimes I wonder how I ended up being a blogger (I really still don’t feel like one) tagging, hash-tacking and press like buttons. Am I just like all the others and actually only make it even worse? Creating a fake world which in the end only leads to depression, because it’s empty and shallow.

Like I said, I’m in the middle. I try to find my way in this interesting new world. And yes, I worry about what others might think, but I also worry about what I think. And feel. Thinking Feeling Writing, Share & Inspire is about the very special moments, hot events and spectacular hikes with breath-taking views. But it is also about what is really going on. That’s not the dark or the other side. It’s the part that often is left out, but which is just as much part of the story as the highlights are. In my opinion, it’s the part that makes it worth it. That makes the memory more than just one moment and what makes life worth every step, even when it isn’t a very interesting step. Or a step backwards. Looking at it this way, helps me to appreciate what I’ve got. It keeps me going and it’s why I cán keep on going.

Spending your time only at the highest peaks will in the end become a flat line. It will turn out to be just as flat as The Netherlands are. With all these thoughts going on in my head, I just sat there on that balcony and looked at Bjelašnica. Beautiful Bjelašnica with a hundred brave runners on their way to the top. When they came back, I was still there at the same spot as when they left. Sitting, watching and soaking up the atmosphere. I took a picture and shared it on Instagram. For a moment I was afraid that I made it seem like I run an Ultra Marathon, but well what if it does. I had a great day, not because I run to the top, but just because I was there. That was enough for me. And hey, I will be hiking through the mountains the next four months!