“No way! That can’t be.” There was a couple hiking towards me that looked exactly like Sean and Lois. “Ohhh, it would be great to see them again” and I thought of the last time I saw them in Jablanica. I was full of adrenaline of the whole Rakitnica rescue circus and they got food poisoned which unfortunately ruined our Prenj plans. They said they wanted to go back to Velebit, but could it really be? “No way, that can’t be.”

“Eva!!” The couple waved! “Ohh dear, Sean and Lois!!” Really?! I couldn’t believe my eyes. “Are you going up? Now? Are you sure?” “Yeah, but do you want to come with us to Ždrilo?” Ahh, I just came from that lovely bivouac hut where I had spent three nights. It is such a sweet, peaceful place and it’s because of Sean and Lois I knew about the existence of Ždrilo. What a strange coincidence, isn’t it? Apparently they kind of had the same plan, going up and spend a few days isolated from the big busy world. Just mountains, wind and clouds. And some animals. But we both made up our mind, they were going up to Ždrilo and I headed down to Baške Oštarije. 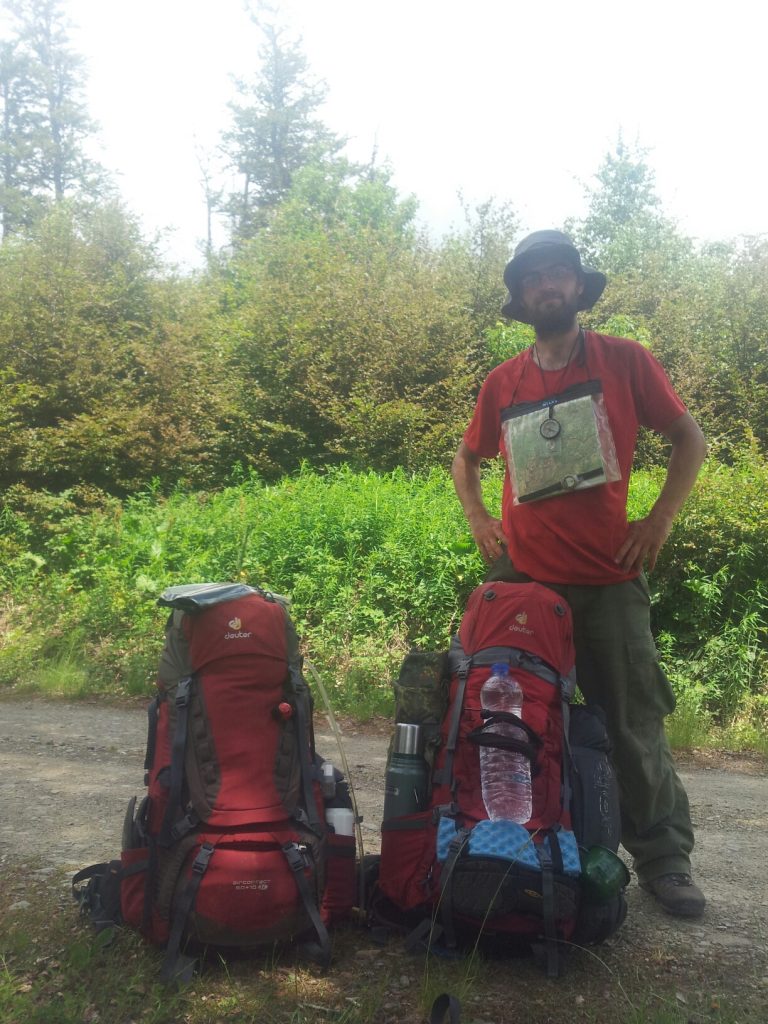 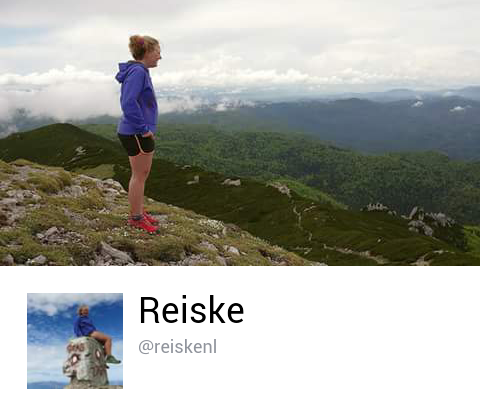 Claire from the Netherlands 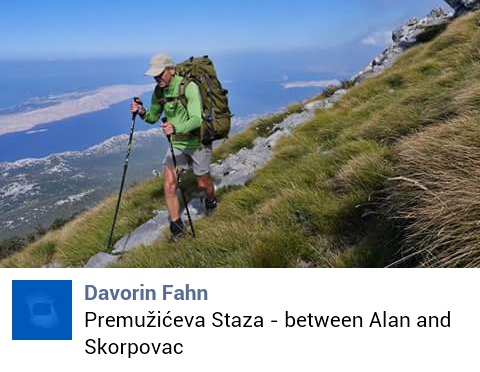 Other Via Dinarica hikers

This was probably the last encounter with other Via Dinarica hikers. It’s almost the end of the season and almost the end of the trail. After Velebit I will go to Samarske Stijene, Risnjak and then cross the border to Slovenia, to Snežnik. After Snežnik I will leave the Via Dinarica and continue my own way. I decided not to follow the GPS track, since the trail goes mostly through the forest on forest- or even asphalt roads. A bit more south there is a beautiful area with some karst that lead to the sea.

It’s a strange feeling to reach the end of this journey. It doesn’t really feel like an end, since I have many “going-back” and “re-visit” plans, but the route, the trail, the Via Dinarica I almost completed it. One more country to go!

Almost all the other Via Dinarica hikers are finished by now. In Montenegro, I met Grzegorz, a guy from Poland who started mid-May and had about two months before his flight went back home. He navigated his way through the Dinaric Alps the old school way, just using maps and a compass. His route was a bit different, because he went to the official border-crossing points. Sometimes he had to hitch several kilometres up and down and around, because high up in the mountains there are checking points or douanes. Nevertheless, he found his way.

Two weeks later, still in Montenegro, I walked into the second other Via Dinarica hiker, Matthieu from France. He started in April and had a much more “polako” approach. No need to hurry, no need to stress. I really enjoyed talking to him, listening to his stories and sharing mine. Believe it or not, that conversation with him and he himself actually taught me some important things which are still helping me when I tend to lose myself in the jungle of thoughts and trails.

In Bosnia and Herzegovina there was an almost encounter with “the other Dutch girl”, Claire. Either we were both in Kalinovik, but stayed at different accommodations, or we missed each other on Lelija planina. Somehow it seems impossible for us to meet, maybe next year in Amsterdam!

After the descent from Prenj it was the German Gerald who caught me while I was having a bath in a little stream next to the trail. Just like the Croatian Davorin I met about a week ago in Velebit, he really sticks to the trail. No skipping, no detours, no sightseeing, they hike no matter what. It’s almost the opposite of my approach, but the fact that we are on the same trail, we hike and we love mountains is already enough to talk for several hours.

I find it interesting to hear about different “hiking philosophies”. As long as the other is not judging, I won’t do that neither. I have to confess that it has been hard now and then to not feel impressed or intimidated by these other hikers. They are so strong, fast and relaxed! What I do, feels like a joke compared to them. But I realize that even when I am a joke to them, the only thing I have to do, is think of the reasons why I hike. Why I hike.

At the coast I found out that another couple from the USA was in Starigrad, we were just a few meters away from each other. BJ and Clara were about to take a bus to Zadar/Gračac/Knin. I jumped up and run towards the bus-station, just in time! We had been following each other via Instagram and Facebook, it was great to see them in real life. Quickly we exchanged our trail-notes and hugged each other goodbye and good luck.

It’s a special kind of energy that I get when I meet people who are on the same trail. Without knowing each other, there is something that feels familiar. Probably because we share a passion. Although there are many differences between me and all the other Via Dinarica hikers, there is a certain hike-vibe, the very addictive hike-vibe that has gotten to all of us. I think 😉