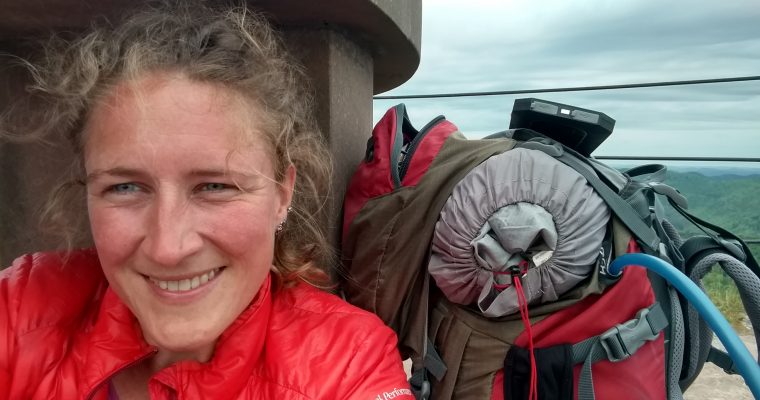 The 24th of March I left Amsterdam to hike for a while. “Walking back to the Balkans”. Why? Because I can, because I like hiking. Because it’s slow, because it’s a perfect way to really see a country. To feel and experience. Because I feel good, being “on the road”. And because I thought it would be a good idea to (re)discover my own country, before heading off to the Balkans. Right now I hiked from Amsterdam to the Alps, oeff that a real milestone!

First I was aiming for Zagreb, (from Amsterdam to Zagreb sounded good), but in the mean time I decided to go on to Sarajevo. There’s my bike waiting me (long story). With my bike I hope to explore the Via Dinarica Green Trail in BiH. But that’s still far far away…

In NL I followed the Pilgrim’s route. I camped at farms, in fields, forests, picknickareas and gardens instead of the usual campsites. “A Lowbudget Pilgrimage”, I called it, but actually it was more of a “no budget pilgrimage”. Without spending money on accommodation or transportation, I found new, refreshing ways and strategies to trek around. Wildcamping, in The Netherlands ;-). I met amazing people and learned that my little country isn’t as “cold” as I expected. There is plenty of space, many people love to share, are curious, friendly and way more hospitable then I could ever dream of.

In Belgium I hiked the GR57, or the Sentier de L’Ourthe, through the heart of the Ardennes. It was cold, green, rocky and much tougher than NL. An real outdoor paradise. In Luxembourg I combined several trails like the Sentier du Nord, Mullerthaltrail and the GR5 until I reach Germany.

Germany is big. Really really big. There was not one trail, but thousends. I had a hard time deciding where to go, what to follow. I followed rivers (the Saar mainly), crossed forests (Pfalz and Schwarzwald) and reached after more than 800K (just Germany) the Bodensee. A real milestone.

From now on there’s only only one thing on my mind. MOUNTAINS! Although I enjoyed the rivers, hills, lakes, forests, heath lands and all other landscapes a lot, mountains are the best. Being in the mountains is, well, what shall I say, overwhelming. Those giants, they put everything in perspective. I simply love being there. Here. And I don’t know if I ever want to leave. That’s why I’m hiking the Via Alpina, a trail that crosses the entire Alps.

Yesterday I hit the 2000K. Here is a selection of photos and video’s of this journey so far.