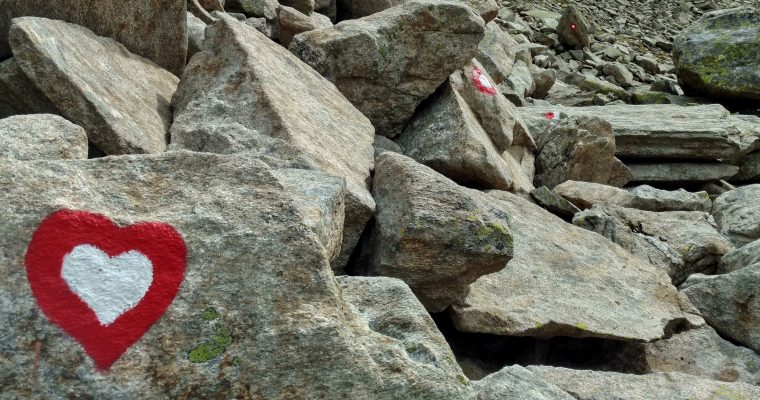 The 24th of March I left Amsterdam to hike for a while. “Walking back to the Balkans”. Why? Because I can, because I like hiking. Because it’s slow, because it’s a perfect way to really see a country. To feel and experience. Because I feel good, being “on the road”. And because I thought it would be a good idea to (re)discover my own country, before heading off to the Balkans. So, I walked. I walked back. From Amsterdam to Sarajevo, on foot.

In this blog I try to give you an impression of my journey. Since I’m not carrying a computer with me, I do everything on my smartphone. Writing, blogging, filming and also all the photos I took are shot with my phone. Of course I would like to have the coolest gear to make real bad-ass movies and pictures, but I also believe that it is important to create something personal.

About the FiveFinger shoes

As an ambassador of Vibram FiveFingers I got two pair of FiveFinger toeshoes. I’d love to walk barefoot, but I’m not ready or patient enough. Vibram FiveFingers are an excellent solution for those who want to walk as natural as possible. You feel a lot, you use your whole feet and all the muscles that are connected to them. So that’s actually all the muscles in your body, because it’s all of course connected. They’re strong, light, breathable and give you excellent grip. No, I’m not trying to sell them, I just really really really love walking on FiveFingers. I’ll write a more specific blog post about hiking on FiveFingers soon. 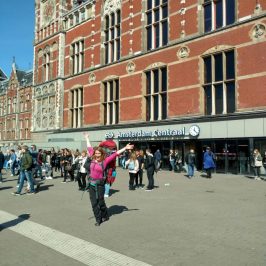 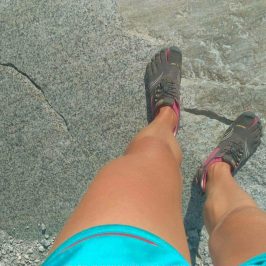 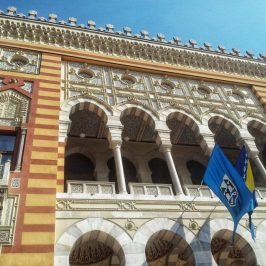 from A to Z

First I was aiming for Zagreb, (from Amsterdam to Zagreb sounded good), but in the mean time I decided to go on to Sarajevo. There’s my bike waiting me (long story). With my bike I hope to explore the Via Dinarica Blue Trail in Croatia, or at least parts of. But let me tell you about the hiking first.

In The Netherlands I followed the Pilgrim’s route. I camped at farms, in fields, forests, picnic areas and gardens instead of the usual campsites. “A Low budget Pilgrimage”, I called it, but actually it was more of a “no budget pilgrimage”. Without spending money on accommodation or transportation, I found new, refreshing ways and strategies to trek around. Wild camping, in The Netherlands ;-). I met amazing people and learned that my little country isn’t as “cold” as I expected. There is plenty of space, many people love to share, are curious, friendly and way more hospitable then I could ever dream of.

In Belgium I hiked the GR57, or the Sentier de L’Ourthe, through the heart of the Ardennes. It was cold, green, rocky and much tougher than NL. An real outdoor paradise. In Luxembourg I combined several trails like the Sentier du Nord, Mullerthaltrail and the GR5 until I reached Germany.

Germany is big. Really really big. There was not one trail, but thousands. I had a hard time deciding where to go, what to follow. I followed rivers (the Saar mainly), crossed forests (Pfalz and Schwarzwald) and reached after more than 800K (just Germany) the Bodensee. A real milestone.

From there there was only one thing on my mind. MOUNTAINS! Although I enjoyed the rivers, hills, lakes, forests, heath lands and all other landscapes a lot, mountains are the best. Being in the mountains is, well, what shall I say, overwhelming. Those giants, they put everything in perspective. I simply love being there. And I don’t know if I ever want to leave. That’s why I hiked the Via Alpina, a trail that crosses the entire Alps.

from Via Alpina to Via Dinarica

On the Via Alpina Red Trail I hiked from Feldkirch through the Austrian, Italian and Slovenian Alps to Predjama. My oh my, so so beautiful! Allgäu, Dolomites, Kärnten, Triglav and many many more.

Near Predjama in Slovenia I continued with my own version of the Via Dinarica Green Trail. Beautiful karst with disappearing lakes and rivers, caves, forest, rocks and yeah more forest. In Kočevje I crossed the true bear country on a truly beautiful hikingtrail, Kočevska Planinska pot until the border with Croatia.

After a few super rainy days in the forests of Gorski Kotar, a friend from the Netherlands joined me for almost a week. Highlights of the Via Dinarica Green Trail in Croatia definitely were the Kamačnik canyon, the region of Klek mountain and Plitvice National Park.

Then, last but not least: Bosnia and Herzegovina. I’m still here, I still love the country, but it was also the hardest part of my whole journey. The Green Trail isn’t finished yet, so I kind of created my own route. I combined GPX tracks from Wikiloc with trails I found on the Outdooractive platform. The in between parts, yeah I had to improvise a bit. Some searching/walking around in circles. Some (dirt)road hiking through the more rural areas, which I love, because you get to see and experience the country side. And even some up and down or roundtrip day tours to see waterfalls, caves, castles, old towns, tunnels, lakes, peaks.

Really, I believe this Green Trail has a lot to offer. There are loads of historical and cultural sites and natural phenomena which are more or less hidden, undiscovered and unexploited. Although it was a bit of a search and I have been struggling with the weather and my mood, I wouldn’t hesitate to do it again. Bihać, Una National Park, Kulen Vakuf, Ključ, Ribnik, Sana, the foresty mountains (hills?), Jajce, Smetovi, Vlašić, Lisac, Vranduk, Bobovac, Perun, Vareš, Zvijezda, Olovo, Ozren and Sarajevo. It’s all very very green and very very beautiful!

The 30th of October I arrived in Sarajevo. I did it. I walked back. From Amsterdam to Sarajevo. 7 Months on the road, almost 4000 kilometre through 10 (have no video of Switzerland) different countries. That’s a lot. Oefff. Time for a break, time for some luxury ánd time to make new plans.

When I find a computer, I’m going to upload all my GPX tracks on the Outdooractive platform and create beautiful tours so I can share not only my impressions and experiences, but also practical information about the route, trails and facilities. I’ll keep you posted! 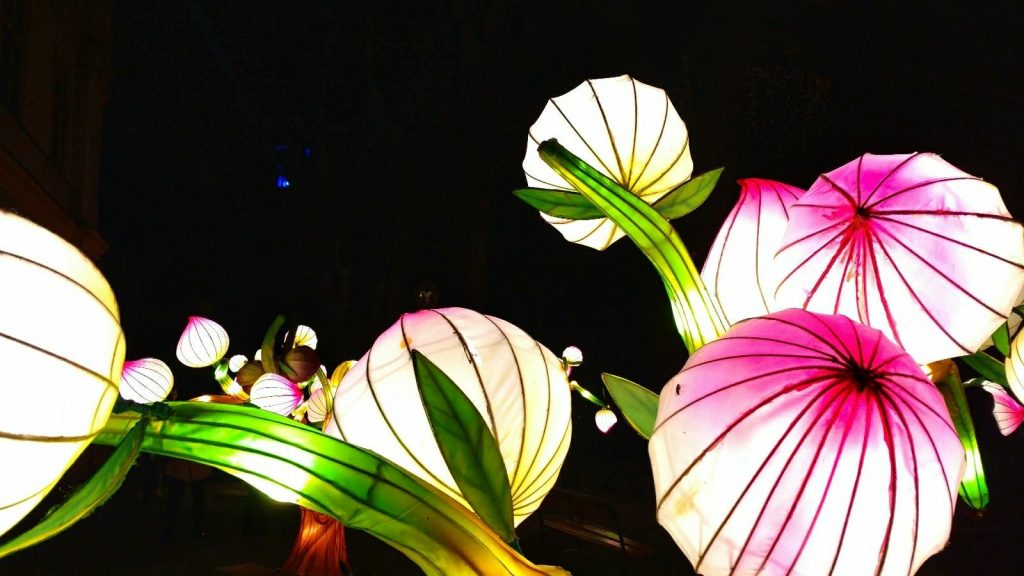 Balls
This is how I see it: we are all floating around in an enormous swimming pool, filled with balls. Nice 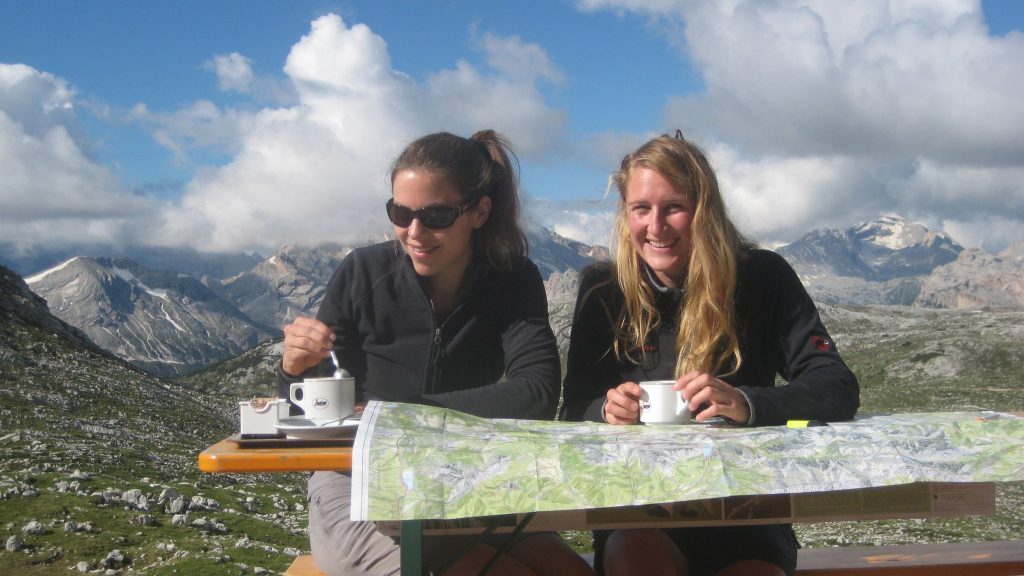 Ode to friendship
I call her “my oldest and longest friend”, but she’s not the longest or oldest among my friends. We have 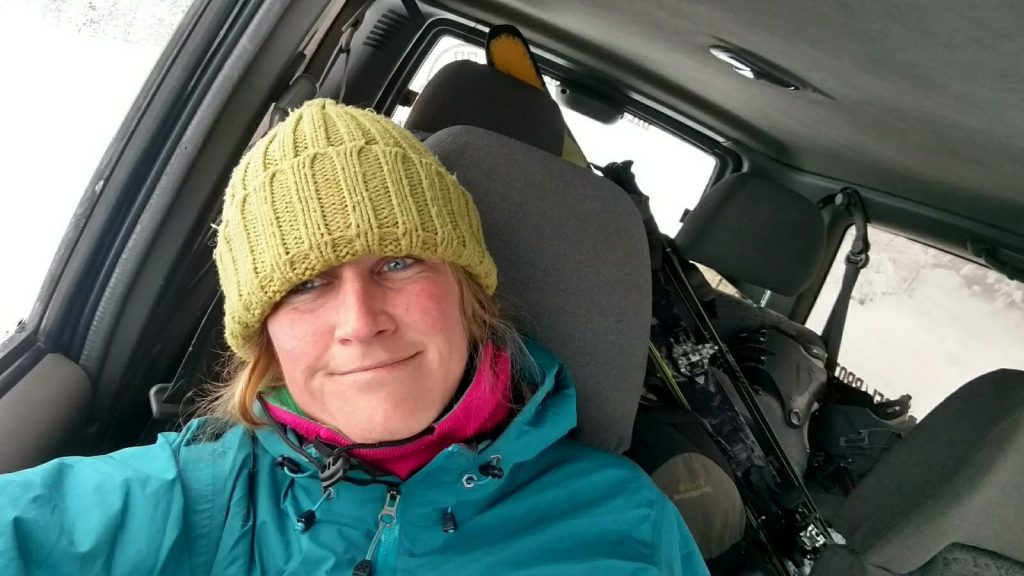 Snowed in ~ Trebević Tales #3
It has been over a month since my last update, but before I move on to new stories, I'd like

15 thoughts on “From Amsterdam to Sarajevo ON FOOT”