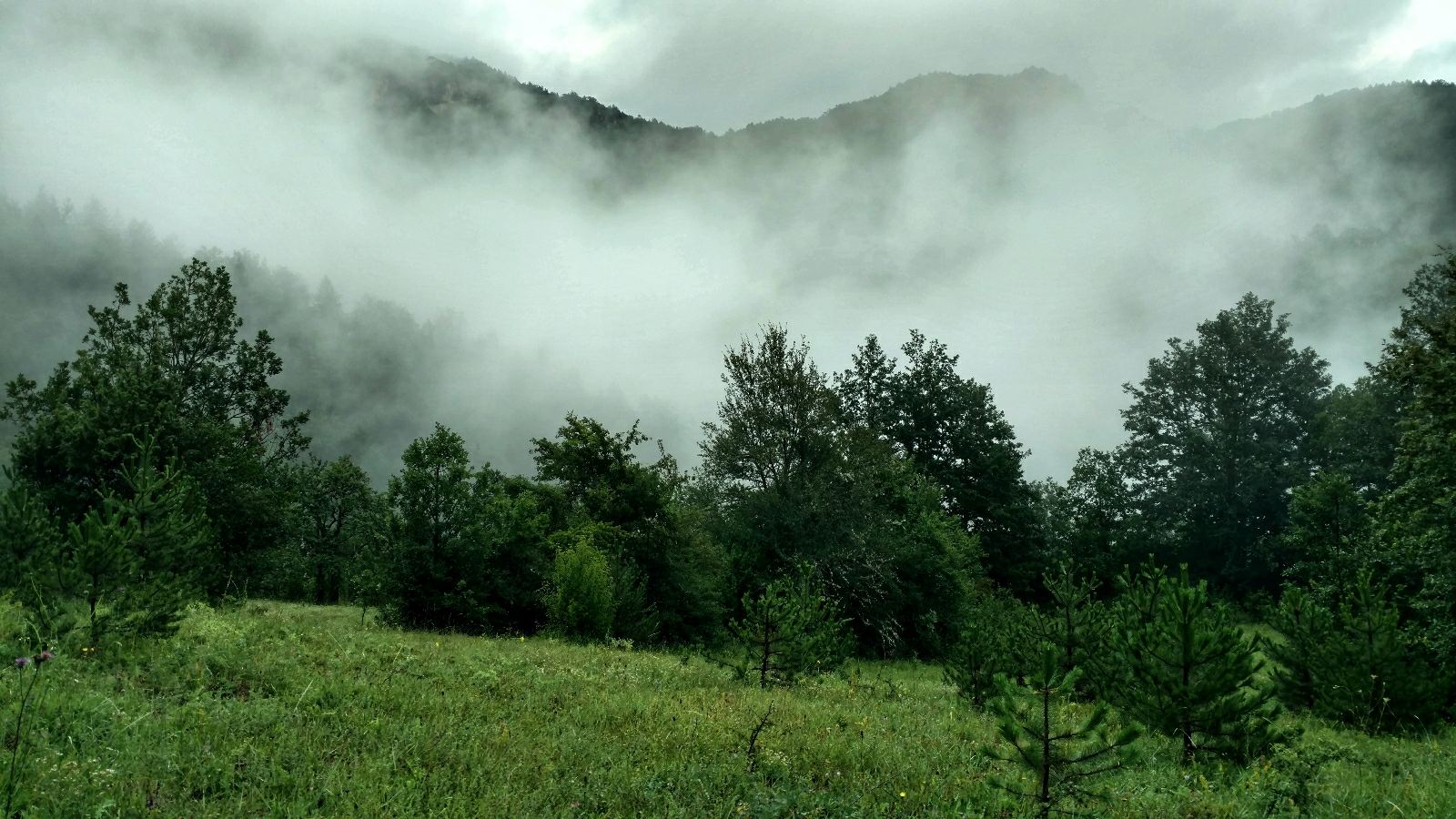 Nobody said it would be easy, but I’m not looking for easy. I wanted to hike from Višegrad to Tara National Park, to the Serbian Via Dinarica Green Trail; Veliki Stolac, without making a detour on the road. Hiking beyond borders is one thing, hiking beyond overgrown border is another. My plan was to find a a route, a green line. I tried my best connecting the dots.

Note that you officially have to go to the border-crossing-office, because since there’s no agreement (yet) for hikers to cross the border through the mountains.

This hike is part of my trekking through the Balkans where I’m trying to connect all three Via Dinarica Trails. You can find the first part of this trekking over here: Mud & Mist on the Jahorina Trail Run Track. And all the other Via Dinarica Blue Trail, White Trail and Green Trail stories and trail notes you can find HERE.

In Višegrad I immediately went to the police office and explained in my best Croatian that I had a question which was written in the letter I was holding. A friend from Zagreb wrote a letter where I asked for permission to cross the border through the mountains.

First it looked hopeful. I expected an immediate NO, but the police was friendly, they took me very serious and had me transferred to the border police, a but further in town. There I did got the no, but also an explanation in English. Seriously it was a pleasant conversation and since I never really expected a yes. It was totally fine. I just wanted to try. And I don’t want to do anything illegal here.

Crossing the border from Bosnia & Herzegovina into Serbia on an hiking trail wasn’t an option, but I didn’t feel much to hike on the road, so I decided to explore Zvijezda mountain and at least have a look at the mountain hut named Gostilja.

The tracks on my GPS came from a local mountaineer who hiked a fair amount of kilometers in this region and in Serbia. Covered in rain clothes I started. At the first village they told me I couldn’t pass. I had to cross their land and they didn’t let me. At the next village I couldn’t find anything close to a hikable path up. People stared at me and said that I had to go back to the road, which I did.

That first day I didn’t come much further than the church (beautiful place for tenting) near Višegradska Banja. Next day turned out to be more or less the same: gpx tracks weren’t (anymore) matching hikable paths, but I did find my own way to the hut following traces through high grass along the river. The hut was closed and not in a very good state. That’s an understatement, but for the first time this trip I had an evening in the sun.

On the third day I followed a marked path towards Gostilja vrh. A severely overgrown path. Halfway the rain started again and I couldn’t help wondering what on earth I was doing. I had no fun, an understatement as well. From Gostilja I wanted to follow a track along the border and descend to Dobrun. But if this marked path was already a hell of a hike, what would the probably less hiked trail up there be like? I didn’t have the courage to find out.

It turned around and hiked the road, roads to Dobrun. At Dobrun waited me a nice surprise. A super sweet restaurant, Carev Most, and again evening sun. The owner had a wooden house next to the river where I could spend the night. Or nights, I could stay as long as I wanted. Wow! A bed, a warm shower and ćevapi. What else? Ow, beer!

So what do I do on the non-hiking-days, you might wonder. Well, first of all begging the rain to stop. Didn’t work. Secondly I tried to solve technical GPS problems. Didn’t work neither. This means I depend on my phone and paper maps, because the Open Street Map of Serbia got an update which doesn’t communicate with my GPS. It sucks, but I’ll find my way around.

Just like I found my way around the border crossing issue. In Dobrun I spend five days at Carev Most, where I met Pedja (don’t know how to spell his name, but this is how I pronounced it and he listened) Pedja took me for ride to Kremna which is in Serbia and back to Dobrun, which is Bosnia. I noticed before that my passport is missing stamps. For some reason they (Bosnian border people) don’t or forget to stamp.

Normally that bothers me, because I like a passport with a lot of stamps. This time was different though. This a missing stamp on the way back would mean I could continue my hike through the mountains.

Into the Bosnian mountains

It’s a matter of meeting the right people I guess. After five days I finally faced the rain and hiked from Dobrun back into the Bosnian mountains to Serbia. Still muddy, foggy and rainy, but also still green and green and super green.

This time I choose a route towards the mountain Stolac, not the big one, Veliki Stolac is for later. From Stolac I thought I could follow the border via several peaks, Pasak Vis, Bojište, Janjac and then finally up to Veliki Stolac. This might have been possible for sure, but I didn’t feel entirely comfortable. The border police I a week earlier repeatedly told me not to hike anywhere close to the border. Normally I would knod and go my own way, this time I nodded and I actually listened.

The route to the border was pleasant, found a few real nice hiking trails that passes small villages and follows an old forest road up to Serbia. Although there’s no markation, I could easily follow the traces. Somehow I couldn’t help but wondering who made those traces. The only thought that came to my mind was refugees. It’s an hidden trail, often parallel to the “main” macadam road. A beautiful balcony path, covered with overhanging trees forming a hedge. Beautiful and almost invisible.

During the days I spend in Dobrun there were several situations with refugees. It’s not that it scares me, but it just didn’t feel right to push through. What’s a holiday hike for me is an escape route for others. Others who are chased. Everywhere.

So, I skipped the border-ridge-hike and went down to Zaovine jezero.

Little detail I forgot about was money. Serbian money, Dinar. I had nothing. It was naïve to think that there would be an ATM in Tara National Park. There might be hotels, tourist information centers (with hiking maps) and restaurants, but no bankomats. I desperately needed a map since my GPS wasn’t much help, so in Mitrovac I accepted a ride to Bajina Bašta.

Marko, the driver took me on a little roadtrip through Tara National Park, stopped at a viewpoint (Koza Peć I think), introduced me to a friend who has a restaurant at Peručac jezero with delicious palačinke (pancakes) and offered me a bed in his monumental house in Banja Bašta. On top of that we had diner at a restaurant on/at the Drina and the best hikers breakfast ever, Lepinja komplet.

Completely fuelled up, I started on my hike back to Tara National Park. First stop was Rača monastery. Unfortunately the hiking trail along the Rača river was blocked with stones due to the heavy rain during the past three (or more) weeks. But there was a marked forest road. Signs that warn for bears showed up, dense forest appeared and then there was a dream of a trail. That trail took me from Čokići to Crnjeskove viewpoint. I continued to Đurino brdo and Šljivovica where I met Savka who gave me a room for the night.

Savka has 1 hectare with Malina’s, raspberries, my favourite fruit. Unfortunately this is a terrible season, too much rain, not enough sun. What’s new (?!). It’s so sad to hear that the price is unacceptably low, while she has the same amount of work. What can we do? We talked all evening, sometimes using Google translate, but I think I can say we actually had a conversation in Serbian. Yes, the Croatian language course pays of 🙂

Next day I continued to Mitrovac, a long long road walk, marked with E7 signs. In Mitrovac I got my hands on the hiking map what makes it a lot easier to explore. My plan is to hike along some of the many viewpoints towards the Via Dinarica Green Trail trail head at Veliki Stolac. From there there’s the mapped (!) and marked Via Dinarica trail to Zlatibor.

I hiked up to Banjska Stena viewpoint (route 9a is really nice), Pasjača viewpoint and descended to Sedaljka mountain hut near Rastište. The last part was severely overgrown, but since there are no mines here, I could bushwhack my way through. Oww yes, the game is on!

From the hut I headed to Predov Krst and further towards Veliki Stolac, Serbia’s Via Dinarica trail head. Don’t ask me how exactly (bushwhacking), but I made it. I found the Green Trail. I succeeded connecting the dots.

My hike from Višegrad to Tara National Park

Option 2: from Dobrun to Veliki Stolac 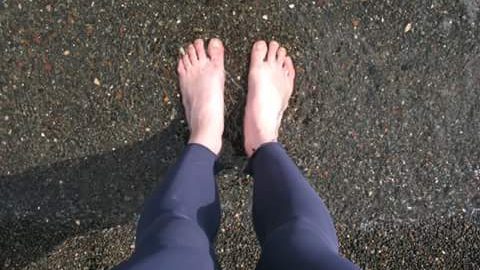 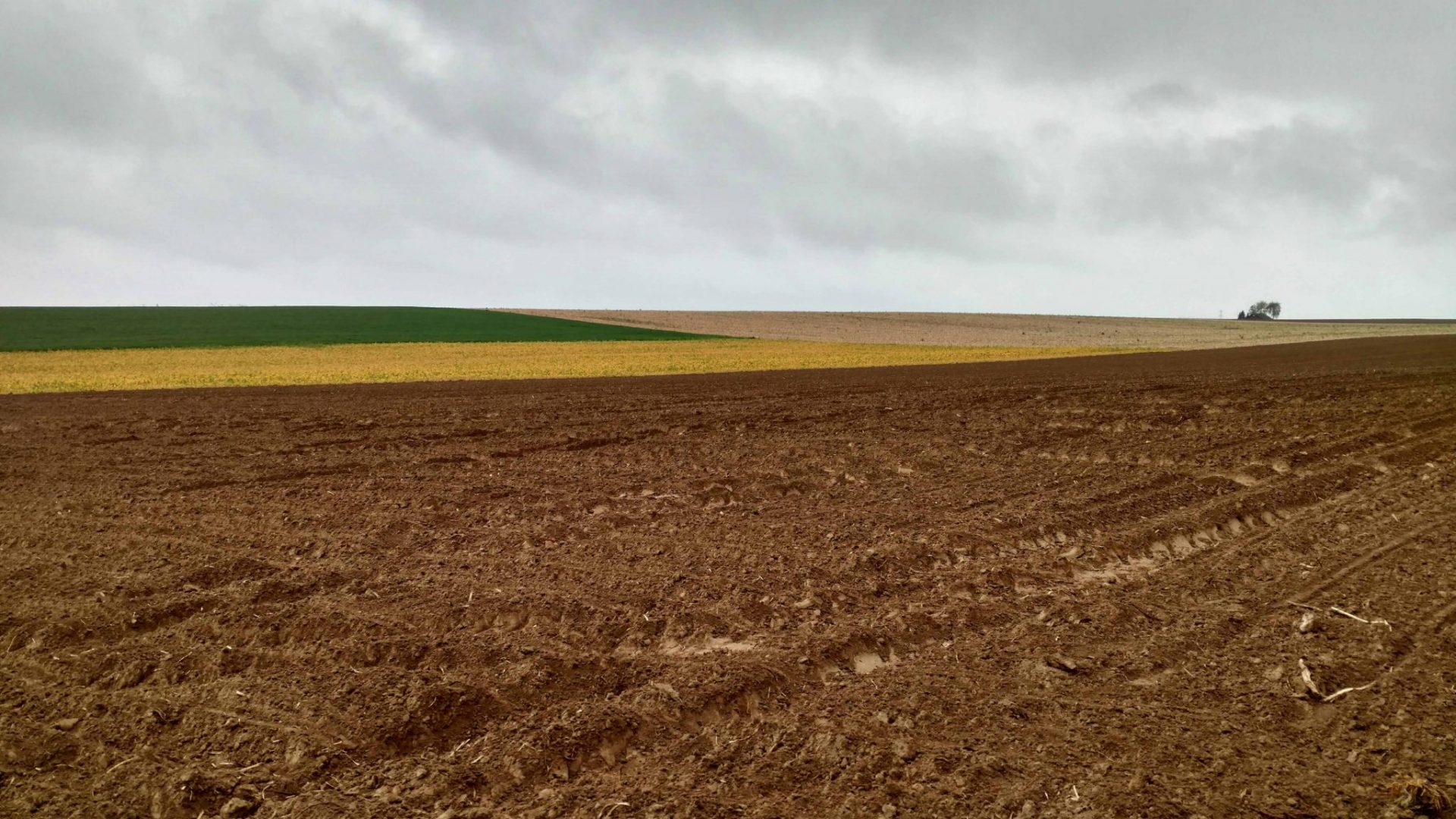 Hollandia
It's one of these days. Sentimental, melancholic. Tired. Six weeks in Croatia. I talk about The Netherlands. I don't know 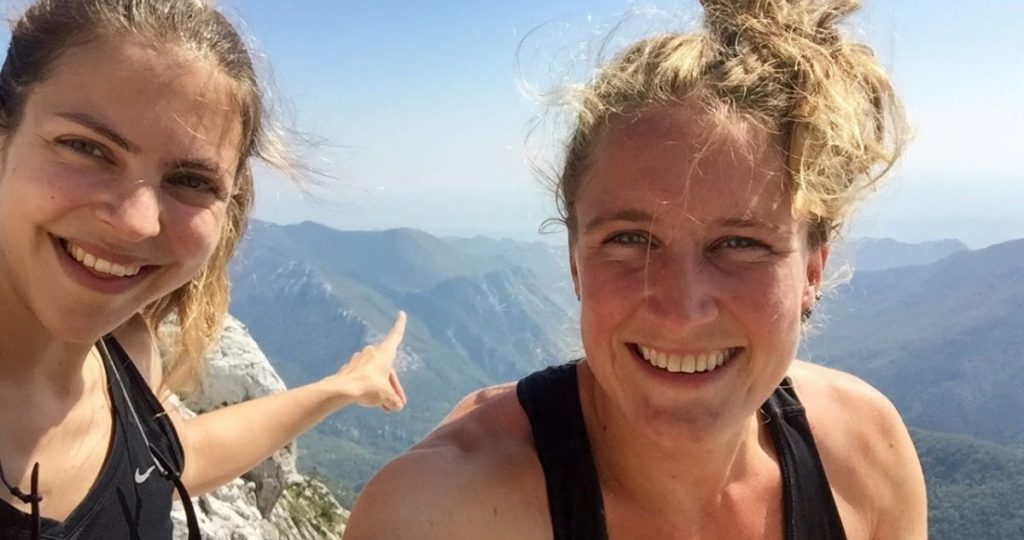 4 Days Hiking in Paklenica National Park
Jeej, I got company! No, she is not really an hiker or outdoorsy type, but she is my oldest friend.