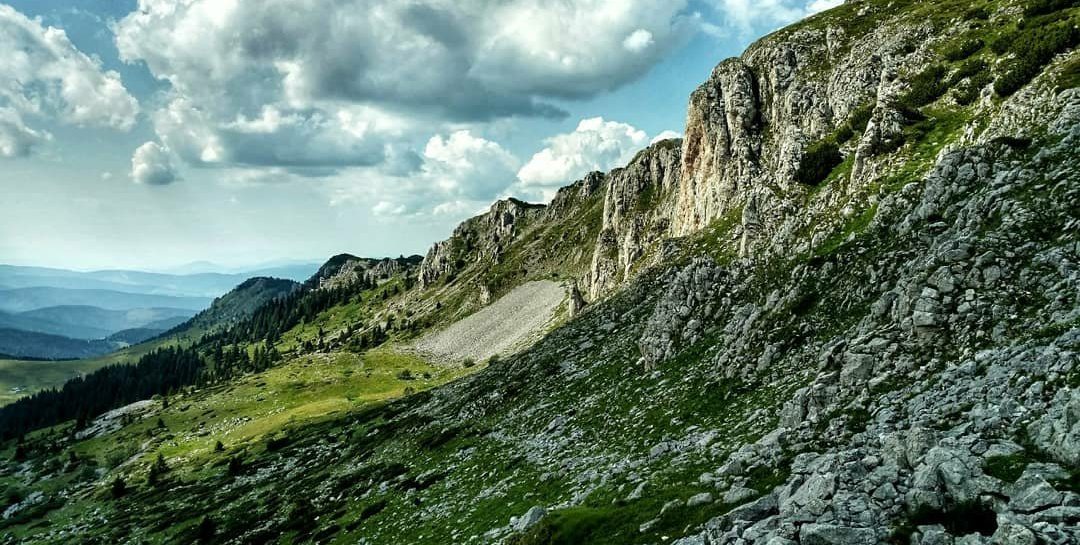 The Via Dinarica in Kosovo is an extension of the Via Dinarica White Trail that ends in Valbona, Albania. When I hiked the White Trail two years ago I had no idea about this Kosovo part, maybe it didn’t even exist yet. I don’t know. What I do know now is that it’s a super beautiful route that is definitely worth to include into your Via Dinarica journey.

The trail is divided in seven stages. There are heaps of springs, streams and lakes and at the end of each stage you find an information table and a guesthouse. Generally they – the guesthouse owners – don’t mind if you camp somewhere close, but you can easily find places to camp up in the mountains. By avoiding going down to the villages to sleep, you can squeeze several stages together.

MY Via Dinarica in Kosovo

For the Outdooractive tour below I changed a few sections, because I didn’t want to bother you with all my detours. I also uploaded my day stages separately, there you find the original track I hiked. You can find the complete list with day stages here: Via Dinarica extension in Kosovo or below this blog post.

If you come from the Via Dinarica White Trail in Albania you are probably following the (Peaks of the Balkans) route from Valbona to Çerem and Dobërdoll towards the Ali Peja pass. This is where you enter Kosovo. I’d recommend to follow the Via Dinarica trail in Kosovo in opposite direction, which is northbound. Or if you’re a peak chaser, to go for Gjeravica and come back and continue northbound.

Officially you need a permit to cross the border through the mountains, but the procedure can be difficult and bureaucratic. On the Peaks of the Balkans website you can find email addresses and links to downloadable forms. For those who don’t speak Serbian or Albanian there are several local tour operators who offer assistance, like Zbulo! Also this guidebook might help: Cross-border guidebook  of Montenegro and Kosovo – ViP Dinarica. Note that this is a different route, but it could be useful.

From Serbia to Kosovo

As I came from the Green Trail in Serbia, I had to improvise a bit. For this section there are no cross border procedures, it’s probably strictly forbidden. Nevertheless it is possible to walk from Serbia to Kosovo on the hiking trail to Beleg vrh and Pogled vrh, and continue through the mountains to Hajla, but if you need to get a stamp in your passport it is probably better to make a detour.

For the easiest border checkpoint detour you need to follow the road from Tutin towards Rožaje (Montenegro) and cross the border at Špiljani. From Rožaje you then take the road towards Peja which will get you into Kosovo. Right next to the border checkpoint in Kosovo  Kullë (mind that this is approximately ten kilometers from the Montenegrin checkpoint) you’ll find the official trailhead (Savina Voda) of the Via Dinarica in Kosovo. 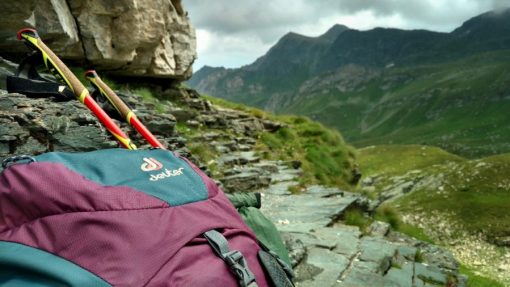 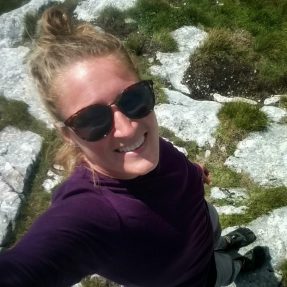 Yes it is safe to travel in Kosovo and yes it is safe to hike the Via Dinarica in Kosovo. In fact, it’s one of the most “crowded” sections of the whole Via Dinarica when it comes to meeting other hikers. Also the trail is overall well marked and maintained only on the seventh stage you have to be careful because there are still mines from the last war. This sounds alarming, but the mine areas are marked and the path is clear.

This hike is part of my trekking through the Balkans where I’m connecting all three Via Dinarica Trails. At the moment I’m working on detailed trailnotes and Outdooractive tours for each section. It’s a hell of a job, so please be patient.

Let’s continue with my trailnotes where I left, which is at the source of the White Drin in Radavac. From restaurant Te Arrat in Radavac I hitchhiked to the trailhead, about 10 kilometres further up the road right next to the border checkpoint. Not even 100 meters away from the trailhead and a lady invited me for coffee. I thanked her and continued, too excited for the trail, even more excited for Rusolia mountain.

At the first bit, cow tracks were misleading, after that the marks didn’t match my GPX track, but it’s obvious where to go: UP. Through a typical karst landscape of high grass and white stones I navigated myself to a canyon. Not sure if a canyon needs water to be a canyon, this one had not, but steep walls on both sides made it feel like a canyon. It was this canyon where my eye caught something fluffy.

Hajla turned out to be a popular peak, guided groups (mostly Germans) walked across the ridge, weekend hikers came up from planinarski dom Shtedim and then there was me. Two Serbian guys made me coffee at the top and gave me oranges for lunch. Besides coffee and chocolate, fresh fruit really makes my day. So, another day was made.

I continued on the ridge, lost the trail in a dwarf pine forest, found another trail underneath Maja Dromodol and walked a stunning walk to Bogë. If you’re hiking the Via Dinarica White Trail, I surely recommend to extend it through Kosovo. Like I said, every step (except the bloody dwarf pine forest) is super super beautiful! 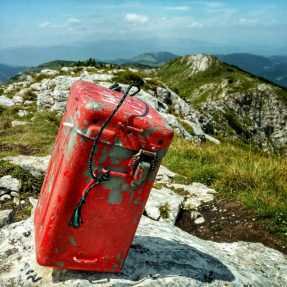 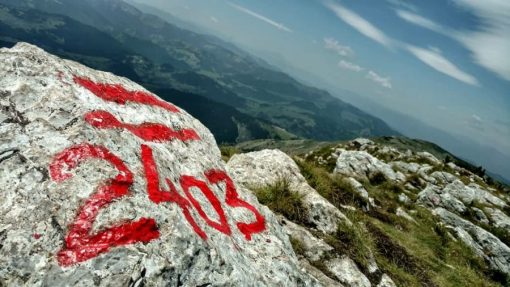 From Bogë I hiked to Kuqishtë, a short and somewhat boring day compared to the rest of the route. In Kuqishtë the Via Dinarica meets the Peaks of the Balkans trail, a way more popular and therefor way more busy route. Even though I had enough time to continue to Liqeni lake, there were quite some dark clouds with most likely a whole lot of rain hanging around the mountain tops. Good reason to hang out with the other good-weather-hikers.

After a super rainy night in the garden of a fully booked guest house, I still had a hard time getting up, packing my tent and leaving. Don’t like hiking in the rain so I waited and waited until I met two other Dutchies who were basically doing the same. They took a day off and I decided to stay as well. Funny how great it can be to speak your own language. How you have things in common just because you’re from the same country. Not that I automatically have a good time with every other Dutchie, but today I had.

It turned out that they – the other Dutchies – already had a bunch of trail buddies who all hiked the Peaks of the Balkans trail and thus all slept at same place night after night. The next day I joined them, tried to keep up with the military pace, but came to the conclusion that I’m definitely a slow hiker. I like to stop a lot, especially in the beginning of the day. Maybe that’s because it doesn’t matter where my day ends, I can sleep everywhere.

The route was incredibly scenic, a dream of a path with lakes, pine forests and wide views. I love mountain passes, those big (windy) saddles maybe even more than the peaks. My favourite day so far. After 15K we went in different directions. I skipped the descent to Raski Dol and continued a bit along the border with the next stage. At Qafa E Bogiqes I pitched my tent.

Apparently I was exhausted. Tried to read, but fell asleep before dark. 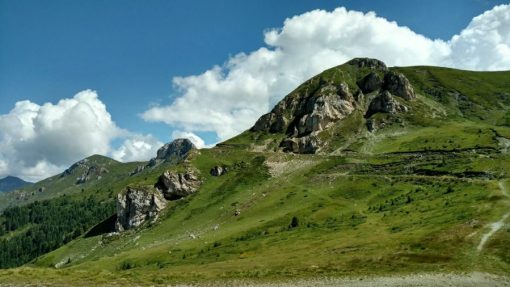 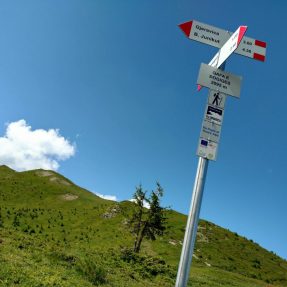 Another day, another beautiful hike. On the route from Qafa e Bogiqes to Gjeravica, Kosovo’s (second) highest mountain, karst made place for granite. More of an Alpine landscape that also reminded me of the haute Pyréné. Probably has something to do with glaciers. This is Prokletije! Surrounded by pointy peaks I made my way up through the arena.

As you might know, I’m not a big fan of hiking up a peak and back. Hiking up and down a peak that’s in the clouds is something I don’t even consider. I just don’t see the point. I love views and I love the effort of a good climb, but I hate it to go back the same way.

When Gjeravica came closer, clouds started to pack together. Oh hello little peak devil, you’re still here. Patiently waiting on my shoulder to ruin every possible attempt to reach a top. Ah well, I already had such a wonderful day, I couldn’t really care. At the moment I turned away from the mountain it started to thunder. Glad I’m not up there.

In Gropa e Erenikut I camped in a garden. There should be a mountain hut, but I believe it’s pretty far of route. The hotel wasn’t exactly my kind of place. Hidden in the forest with too many men, standing way too close, asking too many questions without listening. I just wanted a beer. No, no food. No, no room. Just beer. Please. 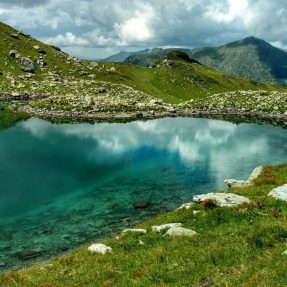 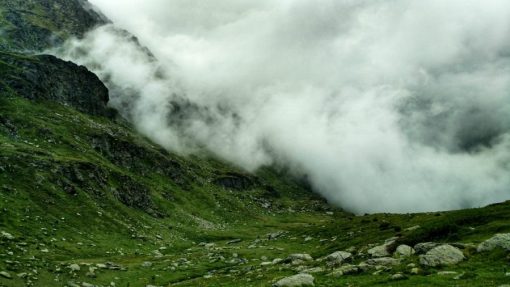 The last stage to Koshare started great. With the Albanian Alps on the right the path slowly descended. This was it, I realised. This was the Via Dinarica in Kosovo. Although my hike around the Balkans isn’t finished, these impressive peaks would soon disappear to the background. The trail went into the forest where a totally different feeling took me over. Traces of the recent war are visible in this part of Kosovo. Graveyards, memorials and mines. Impossible to not let that get to you. The memorial at Koshare isn’t finished yet, nevertheless it makes you quiet. It made me quiet. All those names, it’s so so sad and stupid.

To my surprise I found a path to Qafa e Padeshit. Followed that, improvised a bit, found an sheep track to an Albanian village. Continued on a unpaved road all the way back to the border checkpoint at Morinë. A very long day. Long, beautiful and impressive.

As far as I know it’s allowed to camp out in the wild, but if you prefer a roof above your head you can find a guest house at the end of each stage. Mind that you’ll have to follow the official itinerary, not my day stages, because I skipped the detours to town. The map above shows most accommodation facilities, it’s a photo of the information table you’ll find at the end/beginning of each stage. In case you’d like to book ahead I wouldn’t really know who or where to reach out for, but I guess local tour operators like Green Visions or Zbulo will be able to help you out.

Via Dinarica in Kosovo: my day stages 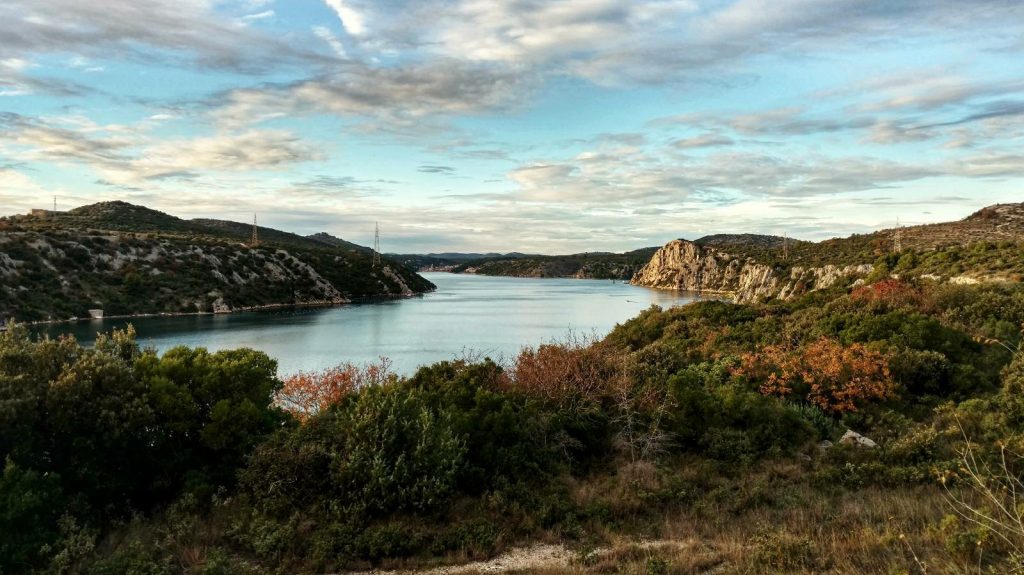 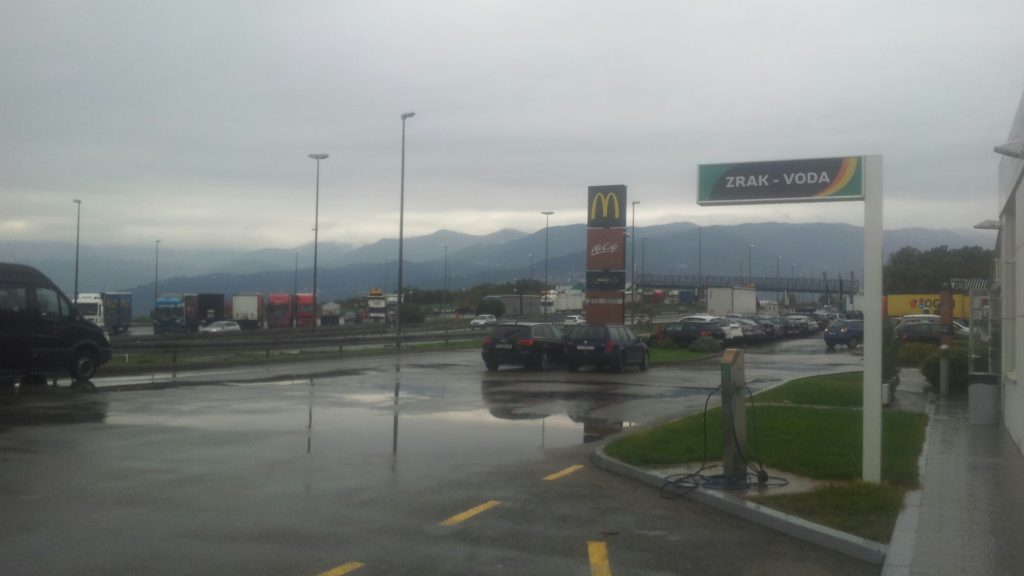 Cheating
"I'm on my way to Slovenia. Hitchhiking the last bit, it's raining cats and dogs." Jep, I'm cheating. Either I 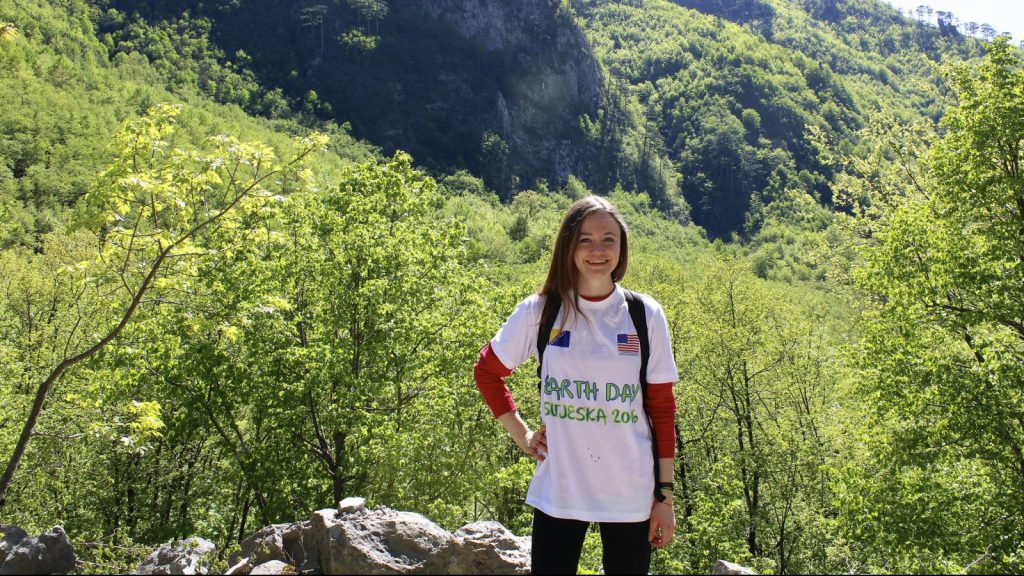