Lately I’ve been reading trail reports of some of this years Via Dinarica hikers. Megan and Brittanie for example. I love to read about their experiences, how they hike it, how they like it – or not – and how they write about it. Both these girls write about how they feel just as much as they write about the trail itself. That’s what I like and probably what I’m trying to do myself. I’m struggling with finding words in English though. My vocabulary is too small to express myself the way I do in Dutch. Therefore trail reports in English are a great way to learn.

The two girls finished the Via Dinarica about two (or three) months ago and went on with the Santiago de Compostela. Not necessarily a route I would hike, but they did inspire me to go for the Via Egnatia, a pilgrims/old Roman route. Those girls are two kick-ass thru hikers who easily walk 20 – 30 miles a day. That’s a totally different approach, but it is interesting to read how (and why) they do it.

I’m not much of a mile-maker, but last few weeks I’ve been walking in circles, exploring whichever mountain that came across my way, I’ve been climbing, bouldering, jeep touring and most of all: I chilled so much that I’m up for some real long distance hiking again. I want to get back to my hiking rhythm. Eat-sleep-hike-repeat. And I’d like to kill some kilometres, yes. Also, if I want to finish all Via Dinarica trails this year, I’d better get on moving, because days are getting shorter and shorter.

Via Egnatia. Think I was hoping for a not too demanding, but scenic trail. I would except the road hikes as long as they’re safe. I knew it wouldn’t be marked, but with the track on my GPS I would manage, I figured. However, excepting road hikes is harder than it seems. A forest road is okay, a really quiet regional road is also okay, but endless asphalt with garbage, dogs and cars – not so okay. I just can’t enjoy it. After 15 kilometre I finally had a turn into the hills, sort of a short cut to the next town, but still – no asphalt, yay!

The Albanian way of getting things done

Until I heard someone shouting. Two someones. Arghh. I looked around, saw two figures coming my way. Guys. Where did they come from? I stopped and waited. The two came to tell me I was on the wrong way. The hill had a steep drop and there was no way I could go there alone. Hmpfff. The track on my GPS told me a different story, but I wasn’t 100% sure. “Walk with us.” Uhhh. No. But how to explain? I told them I would take a break. Luckily they didn’t want to wait, but I have to say they confused me. When they were gone, I sort of followed their advice and went for the safe option. With a big loop I arrived in Kostrican.

I more less followed the Via Egnatia, but without looking at my GPS I constantly lost the route. When I walked on a road I missed the my turn, had to walk back and when I was “in the fields” I couldn’t trust my instincts if it came to walking the most logical route. So annoying. And old Roman stuff I didn’t see. Perhaps in Elbassan, but that was still 60 km away. In Prrenjas Fshat I had a breakdown. Stupid route, stupid people, stupid roads. I didn’t feel comfortable, I didn’t enjoy the walk and I wasn’t so sure I would find a pleasant place to camp. Begging kids, staring men, women yelling. Dogs, garbage and abandoned buildings.

Maybe it was Albania that I needed to give some more time, maybe I shouldn’t have had any expectations, because they often lead to disappointment. Or maybe I wasn’t that motivated after all. Before noon I hiked over 25 kilometres, not bad, but I didn’t like any of it. Too bad. While I tried to find a way to calm down, people gathered around me. Many people. Leave me alone, I wanted to shout, but I didn’t. There were people everywhere. They didn’t stop talking. The Albanian language is a mystery to me. Just like the Albanian way of helping. A lot of noise, gestures and touching. No smiles. Don’t know how or why, but when I said I was on my way to Elbassan a guy stopped a car and suddenly I had a ride. No time to think it through. Yes or no. I took the ride.

The driver with a difficult name dropped me at the gas station short after Elbassan. During the ride I was in shock with the amount of accidents I saw. First there was a car total loss blocking the other side of the road. It looked like the other car got away, but who knows. Then a few kilometres further a big truck layed on its side, not blocking the road, because it was sliding down towards the river. Later we drove behind a car that either had no idea how to drive or the driver was drunk. He made it impossible to pass him because every time my driver tried to pass, the drunk driver went to the left lane as well. Crazy.

At the gas station in Elbassan I tried to figure out if I could get a bus to Tirana or Shkodër, but a friendly family offered me a ride. It was a fast car. Very fast. Luckily the road was bigger with an extra lane to pass slower cars. Nevertheless I couldn’t cope with the sudden change of speed. There’s a reason I hike, I like to go slow. It seems that my brain doesn’t work when my body moves faster than it can move on its own. There’s too much to take in. But I survived.

In Tirana I went to the bus station. Just in time. Only I had no money. The bus driver promised to wait so I could go to the ATM. The ATM was out of order. As if it was nothing the bus driver told me to get in the bus and keep my mouth shout. Without smiling, but okay. I got off right in front of camping Legjenda. Unbelievable how smooth it all went. Sometimes public transport or hitchhiking is much more complicated than hiking that I don’t even bother trying. Now it felt like it was the right decision.

On the campsite I met the oldest travellers ever. Imagine being 84 and touring from Norway to Albania to visit your son. First I didn’t realize how old they were, but when they said that their kids are the baby-boom generation, I started counting. The Norwegian couple invited me for a wine in front of their camper and soon a dinner invitation followed. I was impressed, inspired and super interested in those two people. People who lived such an adventurous life in a totally different time. Most of their life they lived abroad, in Africa for example. Frequently they made – and still make – long camping trips no matter if it’s Africa, America, Norway or Albania. Most notable thing I found that both of them didn’t seem to fear the unknown.

We talked for hours and hours. I felt this hunger to learn from them. As if I wanted to see the world from their perspective. How they look at things, how they experience the Balkans, how they soak up culture without loosing themselves. What makes you Norwegian, how do you relate to your country when you more time elsewhere. If it’s simply the fact that you’re born somewhere or is it they way you are raised? What does that mean for their children who were born in Africa and lived there 24 years?

But we also talked about what things can’t they live without and what things would they like to live without? Their answer to both questions was the same. The smartphone.

Think my answer would be the same.

Maybe I would add money. 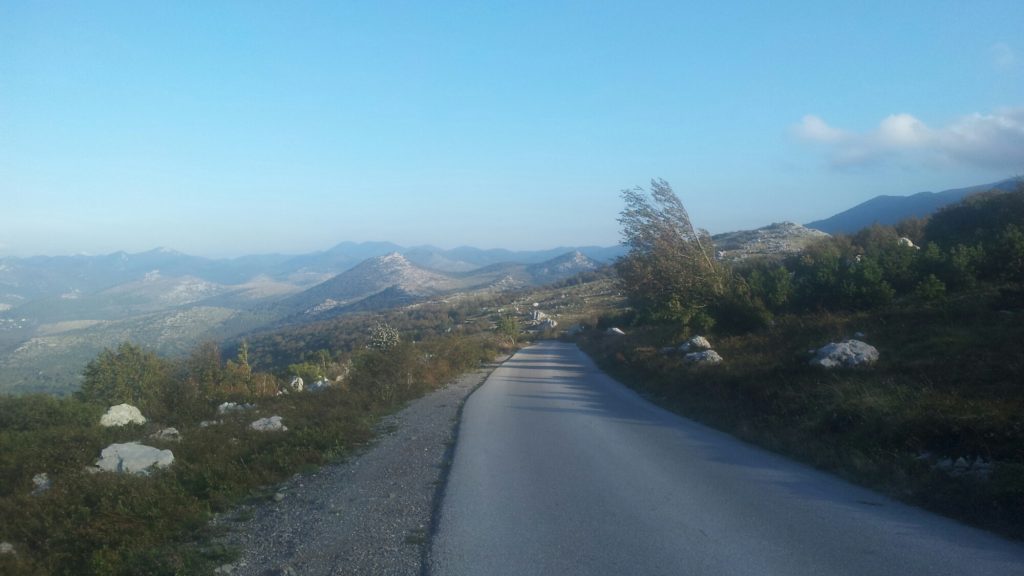 Velika Kapela, another day on the road
Velika Kapela. This part is something special. You're just a little ride away from the coast and even closer to 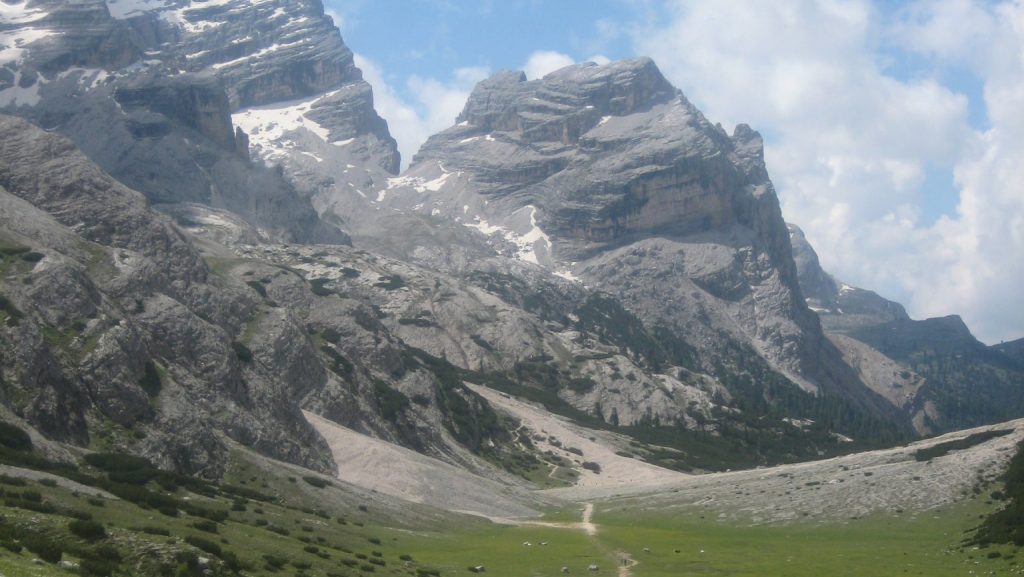 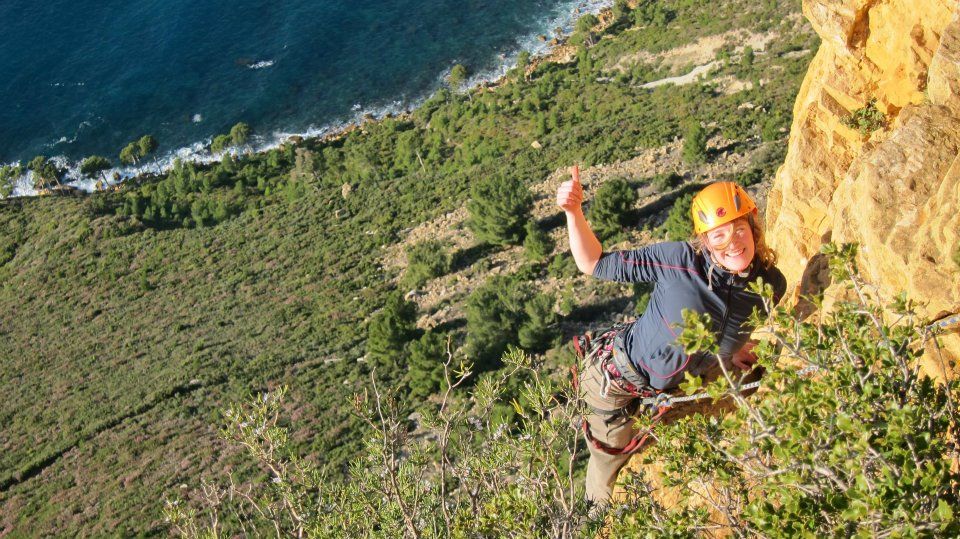 Another year
I've been a bit quiet the last few weeks. No new stories and no updates. I divide my time between

5 thoughts on “DAY 123: About making miles and killing kilometers”