It’s all about the mindset, but how to set your mind when you’re hiking the last leg of a trail which is still 900 kilometres? It’s not like I’m almost done, while at the same time it’s the last part. Also, the word mindset implies that I’m in control of my mind. I whish. Or maybe not? In reality my mind is influenced by how I feel just as much as the other way around. My solution: try not to think too much, just hike. And so I did.

The area of Dubrovnik

From the border with Montenegro I hiked up to the Blue Trail in Croatia. A lot of road hiking, but I entertained myself with podcasts. The second day I had two annoying encounters about which I wrote a blog post. Don’t feel like going over that episode again, because at the end of the day it’s the good things that keep me going. The lovely, quiet little towns along the coast, the warm Autumn sun, spectacular sunsets, beautiful clouds, the sound of the sea, views over the mountains, fruit that grows next to the road and the relief to find a camp spot – night after night. Nope, it’s not bad at all.

I arrived in Dubrovnik just before the tourist busses did. I got to walk through town while it was empty. Yes, I understand why Dubrovnik is popular. Didn’t spend much time there though, because I wanted to take the ferry to Mljet. “No, no boats.” It was the first of November and apparently that meant no boats. I had to go to Prapratno, 60 kilometre further. Unfortunately the lady didn’t tell me the passenger boat was still going, but it was a different company. So I hiked those 60K.

On Mljet I finally hit the first real hiking trail, marked as the MPO. Couldn’t find out what it stands for, but it crosses the entire island. Pretty cool. I have to admit that I was a little disappointed that the trail mostly goes through forest, but if you climb up to the peaks you get amazing views.

The track on my GPS didn’t entirely correspond with the MPO, but the trail on Mljet is well marked. I basically didn’t need my GPS at all. Easy hiking with nothing but green around. I camped halfway the trail in Blato where I met a friendly couple who invited me for coffee. They told me there are two mountaineering clubs on Mljet who maintain the transverzala – probably this MPO route. Although I only spend two days on the the island and haven’t seen the most popular attractions like the Odysseus cave, Mljet did something to me. It’s greenness (70% of the island is covered with forest), the calmness and the fact that you’re isolated – it felt good.

After Mljet I continued on Pelješac peninsula. First I had to cross an forestry area where hunters were doing their hunting business. A bit freaky, but I assumed they would see the difference between a wild boar and me. Then the route took me through a windmill park. The track turned out to be a random line through prickly plants and thorny bushes. But that’s what the Via Dinarica is, it’s not finished and not even officially open. I see the Via Dinarica as a suggestion for a route, a trail to be. It connects mountains, national and nature parks, but here and there you need to improvise. Or bushwhack. And sometimes a road or path is blocked or claimed to be private. Annoying, but it doesn’t bother me since I know what to expect.

Pelješac took me two days as well. The second day I got the views on the coast while hiking a long and boring makadam road. The highlights of this stage were the times I left the trail to improvise a route directly along the shore. It surprised me that this stage is mentioned as a highlight of Croatia’s Blue Trail. I mean the nature is beautiful, but I kind of got the feeling the trail didn’t show me Pelješac at its best. Nevertheless I’m glad I got to be there and hike.

I’m so thankful for the weather not being too harsh on me. There’s some rain, but I also get sun and most importantly there’s no wind. If I would be a bit braver I could swim, because the water isn’t cold at all. But I’m not, so I just sit and stare at the sea instead.

Hiking the area of Dubrovnik mapped out

As soon as I have uploaded my GPX tracks on the Outdooractive platform, a map with WayPoints and all the other stuff you might want to know is gonna show up here. Please be patient 🙂 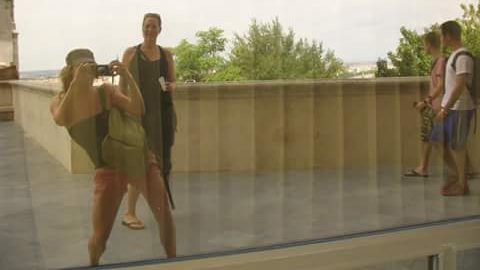 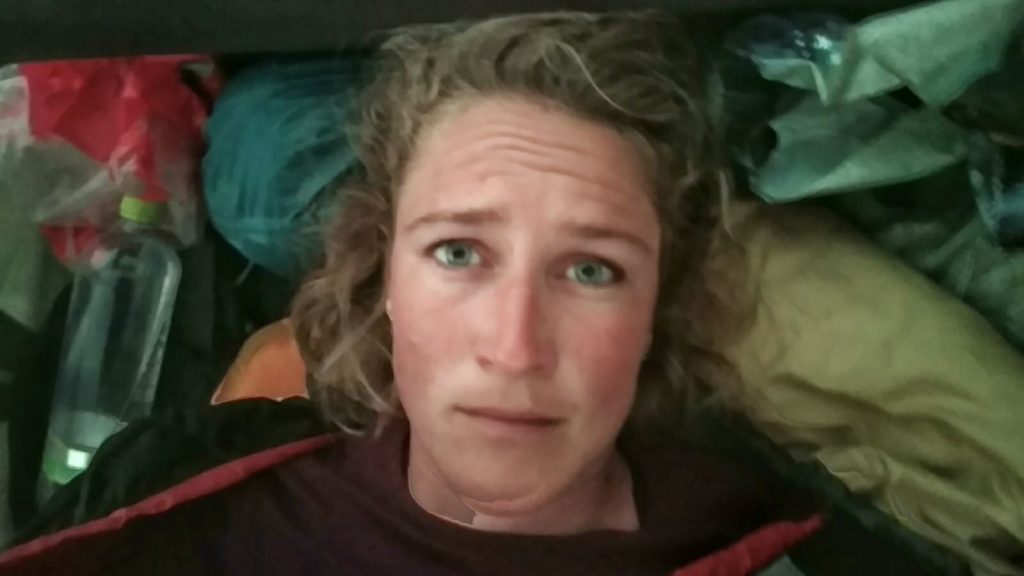 Worst night ever
I'm in my tent. Camping at a wonderful place next to a church in the middle of a forest. There 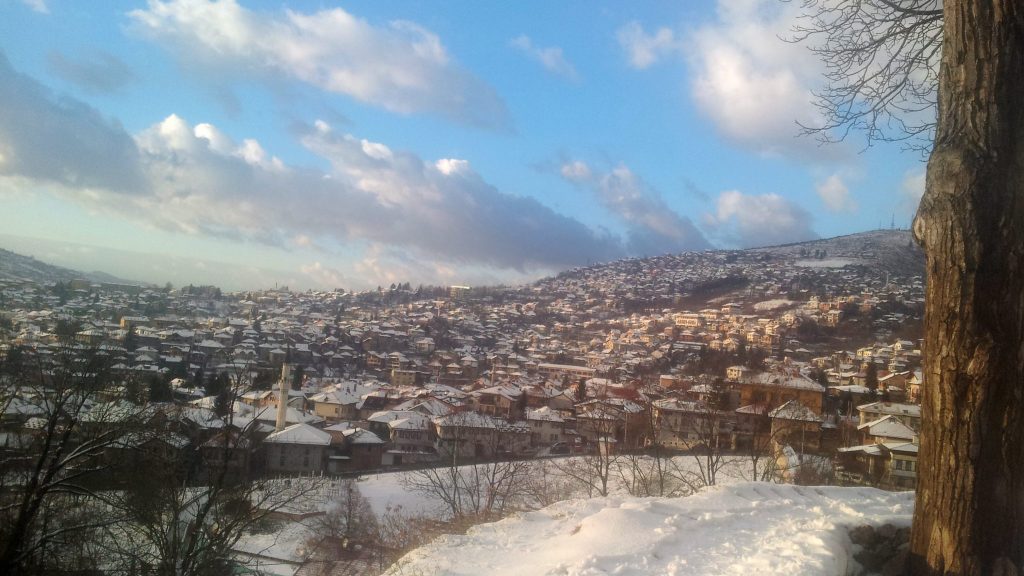 Snooooow in Sarajevo!
It's the fifth time that I'm in Sarajevo. I've seen pretty much every season, from bloody, bloody hot to freeeezing