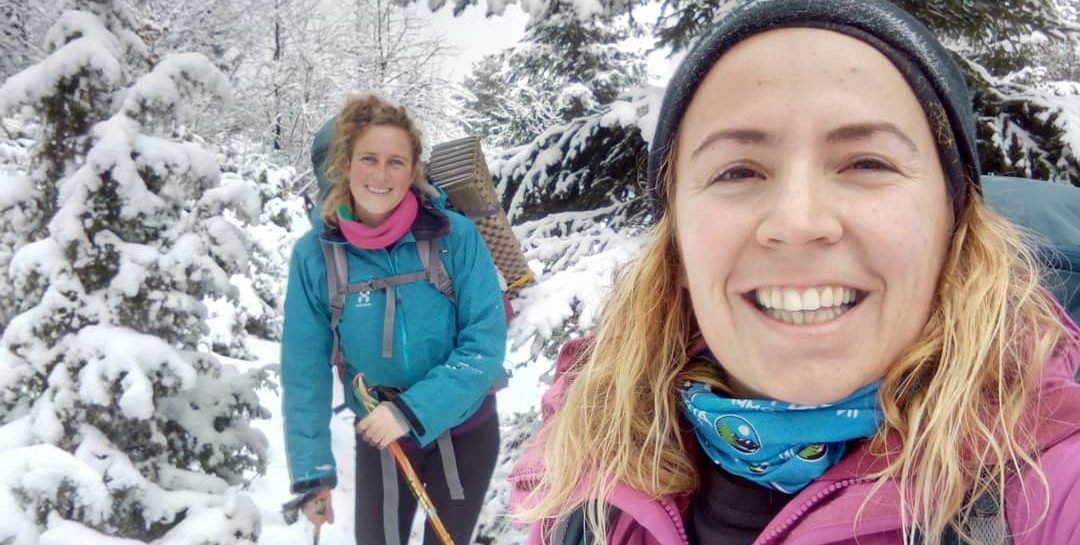 “What are you doing for Christmas? Where will you be at New Year’s Eve? Do you have plans for your birthday?” Same questions every year. More or less same answer every year. “Don’t know, I’ll see.” For me the holidays aren’t anything special. I’d be totally fine hanging out in a hut, shovelling snow, making fire, walk a little, read a little. But to be honest this year I did feel like spending time with friends. Maybe I could do this walking, fire- making and snow shovelling stuff wíth friends?

After finishing the Via Dinarica Trail my first stop was in Zagreb where I picked up warm winter gear, walked a little walk on Sljeme, ate turkey (first timer) in Planinarski Dom Puntijarka and hopped on the night bus to Sarajevo. That was the 25th of December. On the 26th I met up with my sweet friend Sabina from Sarajevo, also known as “The Wild One“. Basically we spend (spent, I never know) the day talking, drinking coffee, talking, drinking beer, talking, drinking tea.

Done all that it was time to leave the city. We thought it would be nice to take the cable car up and then walk to mountain hut Jure Franko where I will stay the next few weeks. Only the cable car costs 15BAM for tourists, which is a little bit too much for me. So, we walked. Not that that’s a bad thing, I really love these steep streets that take you from city centre up into the mountains within half an hour. Yes, the air in the city is pretty polluted, but that makes you appreciate the fresh mountain air even more.

Up to Jure Franko hut

When we hit the road near Sunnyland, we got ourselves a ride, walked a bit further through the forest until another car picked us up to drop us at the crossroad to the hut. Just perfect. The hut, SPD Jure Franko is absolutely THE place to be. Honestly, if you’re visiting (or living in) Sarajevo and looking for an city escape, go to Jure Franko hut on Trebević. This place probably has the best view, best food ánd the best host. Oh and the sweetest dog. Yes a dog and no I’m not joking, Dexter is amazing.

In the afternoon Sabina went back to Sarajevo and I stayed. Next month I’ll be helping out in the hut. Hopefully I learn to cook a decent grah (bean soup), cut wood, make a proper fire and everything else you do in and around a mountain hut. Shovel snow 🙂

On the 31st of December Sabina came up again and took two other girls with her, Ana and Hannah. Also two girls from Finland decided to celebrate New Year’s Eve on Trebević, just like a some of Primož (the host) friends and a bunch of mountaineers from Sarajevo. Although we didn’t see any firework, cause it was cloudy, it did feel like New Year’s Eve. I usually would be sound asleep for about an hour or three, so I totally got back to this “staying-up-late” kind of feeling I had as a kid. But now with wine.

According to the tradition (a tradition) we hiked to the top of Trebević on the first of January. Couldn’t think of a better way to start the New Year. My oh my the weather, the snow, the people, the peak, the view – it was just perfect. Jumping, playing, smiling. Hiking, posing, laughing. Eating, hugging and saying goodbye. What a wonderful day it was!

HAPPY NEW YEAR to you all, hugs & kisses 😘 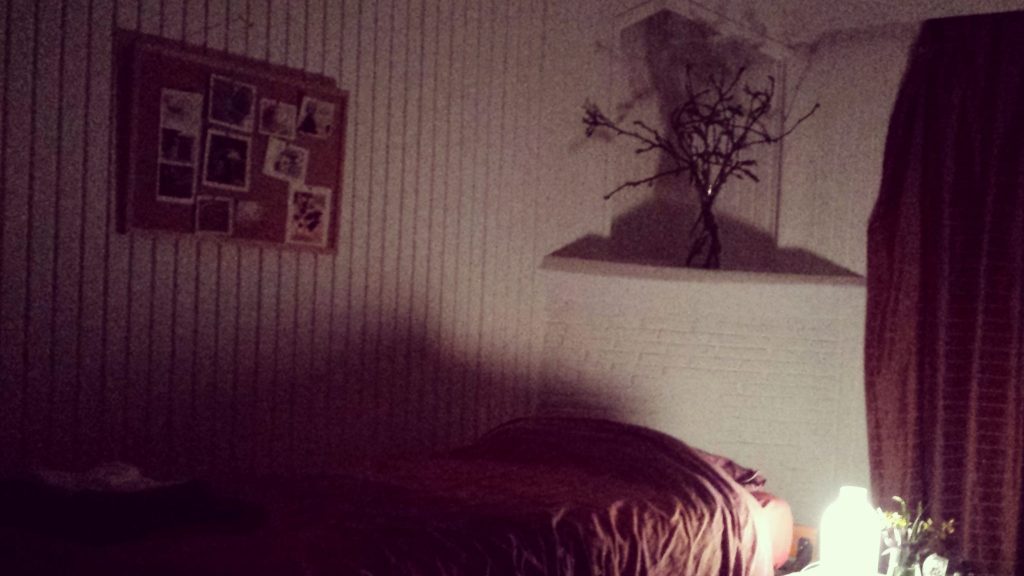 A lot of shit is compost for the future!
Surprised I looked around the room: a bed nicely made up, with a small pile of towels and a face 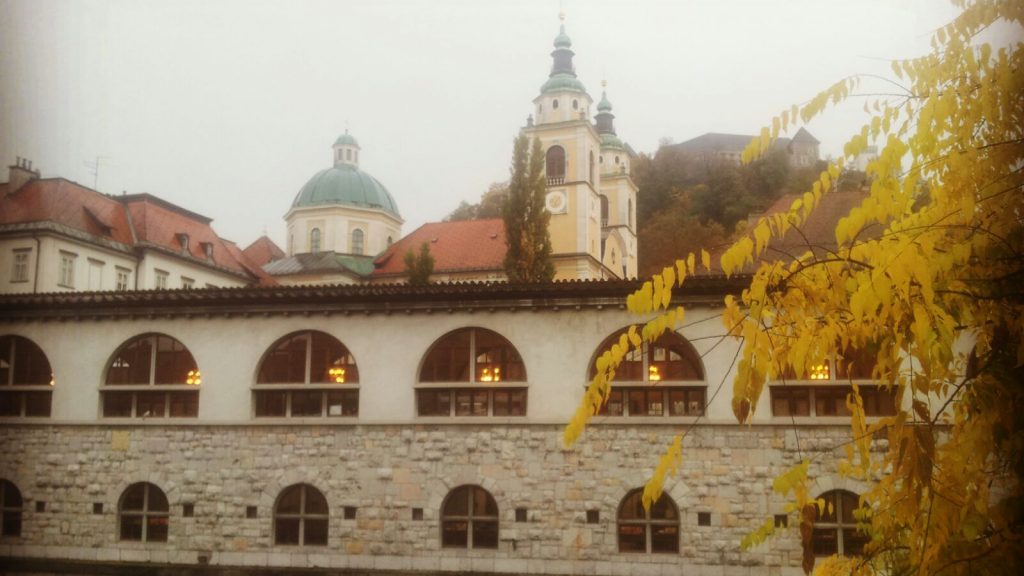 Ljubljana full of Life
Warm autumn colours, short October days and a dear friend from The Netherlands. The grey rainy sky gives us a 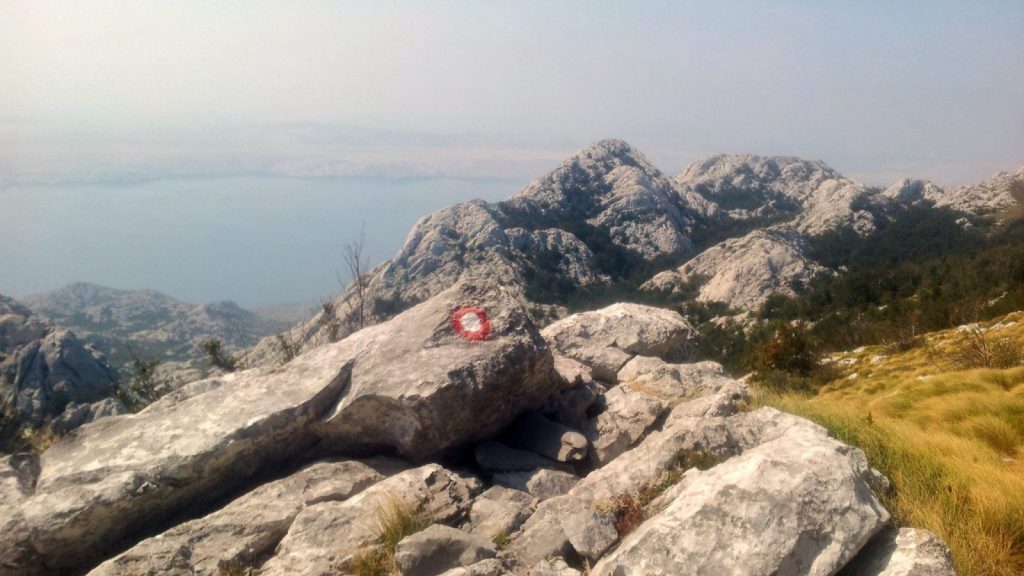 Incredible Croatian Karst
The Via Dinarica is a trail that is still in progress, only in Bosnia and Herzegovina the White Trail is